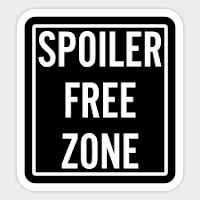 Amazon’s epic new series “Rings of Power” released on Thursday, but I was busier than a bedbug in Graceland for several days. Three actual days went by without me getting to watch. I spent any surfing time speed-scrolling to avoid any possible spoilers, but finally FINALLY got to enjoy the first two episodes last night. You will find NO spoilers here, but hopefully some fellowship! 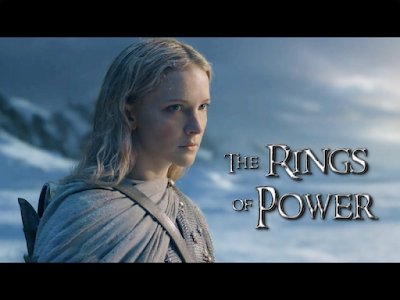 I’ve read The Hobbit at least a dozen times, Lord of the Rings somewhere north of twenty. When the original Peter Jackson LOTR movies were being planned, I scoured TheOneRing.net and any other site I could, looking for all the intel I could get about the movies. I must sheepishly admit that I had my doubts, sometimes vocally, about Jackson’s take on “my” beloved series. When it was announced that Sir Ian McKellen had been cast as Gandalf, I gave birth to kittens. He was all-wrong, I crowed. I mean, I mean… look at his nose. His nose is all wrong. Gandalf is supposed to have a pointy nose. Now, of course, I feel like a blooming idiot for those original misgivings. Jackson’s LOTR movies are my favorite movies of all time. I’ve watched them countless times. And well… Sir Ian, I apologize. You are Gandalf.

So when Rings of Power was announced, I heard all of the griping ahead of time. I heard the fears and the accusations of how Amazon would turn Tolkien’s legendary work into “Game of Thrones: Middle Earth.” Knowing how wrong I was back in the late 90s, I kept a positive “wait and see” attitude. I read somewhere that Amazon founder Jeff Bezos’ son took his father to task about the potential for the Tolkien series. I believe the quote was, “Dad, don’t ‘F’ this up.”

I’m happy to report that, as of two episodes in, Rings of Power is an absolute marvel. Bezos, so far anyway, has not “F’d” the series up. I know there are Tolkien “purists” who have complaints, but honestly… so what else is new? You will never please everyone, and you’re mad if you try. Here’s my take:

Rings of Power is absolutely brilliant. I was instantly taken by the breathtaking visuals, the magnificent casting and acting, the clever easter eggs, rich dialogue, and thought-provoking themes. All of that and more speak to something spiritual within me. I had a long conversation with my son this morning about Rings of Power, so many of these observations come from him, but I wholeheartedly agree. If you come to Rings of Power with modern demands and even an inkling of entitlement, the show will disappoint you. The modern storytelling palette craved by many is fraught with gimmicks: blood, gore, action, frantic pacing, joke-telling dialogue, sex, lust, jump-scares, and more sex. Tolkien painted his stories from an entirely different palette. Tolkien’s rich tales paint with beauty, honor, bravery, grandeur, faith, platonic love, nobility, sacrifice, and scope. Rings of Power may not be chapter-and-verse Tolkien’s Silmarillion, Appendices, and notes, but it absolutely shares that wonderful rare-these-days palette.

You will drink in lush visuals, and the storytellers know better than to rush it. You get to enjoy the scenery, stop and smell the flowers, and start pining away for that “far away land” whispered about in our own souls. I read one review who said the first two episodes were boring, tediously slow. Compared to some of the schlock we call entertainment today, maybe so. Forgive me for sounding (and being) a little condescending, but as a middle school teacher of 32 years, I can’t help but make this observation. In my experience, the adolescent readers I work with tend to complain that a book is boring… when they don’t understand it. When it’s hard. I suspect there’s a little of that going on with some early Rings of Power complainers. So far, this series wants to take its time and deliver an epic EPIC tale. Thank you, Lord! Bring on the epic-goodness!

I thought there was plenty of action, nice bits of intrigue and mystery, and oh so much thematic nobility. This is not a show to binge and be done with. Like the Jackson movies, these are classics meant to be enjoyed over and over again, each time finding some new detail to savor. I suspect, I will pause each episode a dozen times to take screen grabs to use as desktop images on my computer. Seriously, Amazon should simultaneously release every episode in theaters. I wasn’t able to get a ticket for any of the local showings of the first two episodes, but I can only imagine the increased grandeur of seeing them on the big screen. I may have to buy a new higher resolution projector just to watch these episodes as they should be seen. Immersion is the way to go, my friends. Tolkien knew that. We laugh that he sometimes took two pages to describe a tree! But, DUDES, that’s really a big part of why we love Tolkien’s work. He took us away to whole knew worlds and sometimes let the plot simmer while he was busy wowing us with sensory description.

A word about ethnicity. Um… yes. Including people of color and of diverse ethnicities in the cast of Rings of Power is not woke pandering. If you think so, you might need to check your Phariseeical worldview. Tolkien’s worlds are extraordinarily rich and welcoming. I’m a white dude, but I was so enchanted by the WHOLE Rings of Power cast. I adore and applaud the people of color being a part of Middle Earth. A wise writer friend once told me, when you write a novel and release it to the world, you grant subjective ownership to each and every reader. In that sense, Middle Earth has become a refuge for many millions over the years. If you insist that Middle Earth should only ever be populated by Indo-European white peeps, you are missing the point of Middle Earth, Tolkien, and creating in general. All are welcome in Middle Earth.

To conclude, I am reminded of a brief dialogue in Dickens’ “A Christmas Carol.” Scrooge’s nephew Fred is talking to friends, explaining that each and every year around Christmastime, Fred invites Scrooge to come and join his family and friends for Christmas dinner and a party. Scrooge says pretty much the same thing each year: “Bah, humbug!” Fred observes that he actually feels sorry for his uncle’s negativity because each year, that bitter attitude rewards the man with missing out on a warm, rich happy time, something in which his old crotchety soul could perhaps find healing. That’s how I feel about those who are dissing Rings of Power. In their critical spirit, they are truly missing a masterpiece and perhaps, a bit of a reprieve from the world degrading all around us.

Can Rings of Power keep this up for the rest of this season’s eight episodes? Or continue to provide such amazing content for five planned seasons? I don’t know. That is truly an epic aspiration. I not only hope they can, I pray they can. Until I check out of this earthly plane, my world-weary soul needs more Middle Earth.

Posted by WayneThomasBatson at 11:22 AM