"We are now faced with the fact that tomorrow is today. We are confronted with the fierce urgency of now. In this unfolding conundrum of life and history there is such a thing as being too late. Procrastination is still the thief of time. Life often leaves us standing bare, naked and dejected with a lost opportunity. The "tide in the affairs of men" does not remain at the flood; it ebbs. We may cry out desperately for time to pause in her passage, but time is deaf to every plea and rushes on. Over the bleached bones and jumbled residue of numerous civilizations are written the pathetic words: "Too late." There is an invisible book of life that faithfully records our vigilance or our neglect. "The moving finger writes, and having writ moves on..." We still have a choice today; nonviolent coexistence or violent co-annihilation."

Speech delivered by Dr. Martin Luther King, Jr., on April 4, 1967, at a meeting of Clergy and Laity Concerned at Riverside Church in New York City.
One year later, to the day, Dr. King was shot and killed.
I've always been a "seize the day" kind of guy. Ask my students over the years, and they'll tell you that I preach to them, somewhat ad nauseum, that time is our most precious commodity. Dr. King's words declaring "the fierce urgency of now" resonates so deeply with me and in so many different ways that I don't know where to start. I do know, however, where I want to end.
Of all the myriad aspects of life for which God might judge us, I suspect that how we spent the time given us will be accounted quite heavily. Time is an unknown, finite quantity for each of us. Since we don't know how much time, we ought to recognize every minute as it approaches, as precious. The Lord has given each of us gifts, but gifts not to clutch, cover up, or spend on ourselves only. These are gifts to share. God gave me imagination, worlds to create, and hope to spread. As I look back over my life, I'm convicted that if I hadn't wasted so much time, I might have doubled the number of books I've written. But the past is not the way. (Thanks, Mando)
There is only now, only the way forward. What is your gift? Use it. Use it now. The "moving finger" continues to write. What do I want it to write? In the end, I hope it writes, "Well done, good and faithful servant." 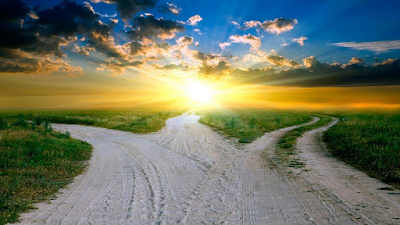 Posted by WayneThomasBatson at 11:31 AM 3 comments: