eBooks: Bringing Down the House, Part 2 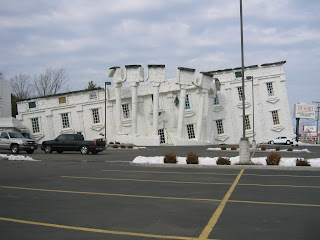 A little over a year ago, I wrote an article about the advent of eBooks and what it means for traditional publishing. If you'd like to read that article first, visit here:

eBooks: Bringing Down the House, Part 1

My friend and coauthor Christopher Hopper recently posted a very thought provoking article on the same subject. If you'd like to read that article, visit here:

The Future of Print Books

Christopher's article and some of the comments afterward got me thinking a bit. I don't wish anyone ill, and I don't want to see anyone's career disappear, but honestly, I'm glad to see the Big Print Publishers in a bit of turmoil right now. You might be asking, "Are print publishers in turmoil right now?"

To answer that question, all you have to do is take a look at how big publishing houses are approaching the eBook phenomenon. By and large, what they are doing is pricing their eBooks at about the same price or a little less than print copies of their books.

So...where's the turmoil? It's in the mindset. Publishers are trying to "protect" their print books by pricing the ebooks similarly. Rather than embracing the digital revolution, they are trying to cut their losses. Print publishers don't seem to understand or want to recognize that consumers will not pay that kind of money for noncorporeal property. It's binary folks. We don't pay top dollar for that. See iTunes. Sure, some folks will, but most will not. And right now, independent authors and Amazon are vexing print publishers to no end because they are offering excellent fiction for low cost: .99--$2.99. That kind of money is pretty much chump change, discretionary for a LOT of readers. And, therefore, these readers are willing to buy ebooks and lots of them. But not at hardcover prices. So what's happening? On Amazon, kindle book sales have now surpassed print sales. Borders Bookstores are on their way out. Print publishers are struggling.

And while I do not rejoice at anyone losing a job, I am happy that print publishing houses are having their trees shaken a bit. There are several reasons why I'm happy, but I'll give you two:

#1 Talent Selection: Publishing houses have been the gatekeepers for decades, judging the talents and marketability of authors and wannabe authors, and deciding what gets into print and what doesn't. Now, it's good to have a standard of excellence, right? Of course. And to their credit, there are a ton of hardworking and brilliant editors out there. Consequently, we've seen some pretty good books on the market. BUT, and this is a Grande Gluteus Maximous: How many sensational stories have they missed?

Ever thought about that? We've all read tons and tons of anecdotes from published authors who got rejected hundreds of times before finally landing a deal. Think about that. Big Time multimillion selling authors were rejected. I wonder how many brilliant authors over the years got discouraged by rejection and just gave up. Makes me sad to think about that. I might have been one of them. I scored dozens and dozens of rejections. There were times I thought about giving it up.

Why do print publishers miss great authors? A million reasons. But most reasons flow out of the system itself. Think about it: Joe Publisher decides what you will like to read. Sound a little odd? Sure, once sales are accrued, then the buying public directs future book deals. But many times, it's just a single editor or a marketing guru putting their finger in the air and saying, "Yeah, I think it's time for pirate stories to make a comeback." Often, they simply look at what movies are popular and try to hop on the bandwagon.

Another factor is that editors are often bombarded with manuscripts. Hundreds and hundreds of potential books every week. Sometimes, editors have precious little time to read a manuscript, often deciding yes/no in the first few pages. Everything else: stamp REJECTED.

And then, when the editor finds something he/she likes, it has to go through all kinds of hoops to ever see the light of day. There are many times that an editor may LOVE a book concept, but the marketer says, I can't sell this: stamp REJECTED.

The system is flawed. Who should decide what you like to read? You should, of course. eBooks are going to make that possible. Any author will have a shot at making a reader out of you. But won't that put a lot of crud out on the market? Sure. But there's already crud out in print publishing. For every book that sells 20,000 copies, there are tens of thousands that sell a few hundred copies. With the internet, word will get round. Just like any other product in the free market. You like it, you tell someone. They like it, boom! Word spreads.

#2: Talent Compensation: Most people are absolutely floored when I share with them about how much I make for each book of mine that sells. I'm almost embarrassed to tell folks sometimes, especially to those people who know me well and know how hard I work, how many hours I sacrifice, and how stressful it can all be. The current publishing paradigm does just what other industries have done (esp. music industry); it steals from the talent. The industry standard for fiction royalties is somewhere between 10-15% of gross (in secular market) and 8-12% of net (in CBA market). In other words, if you sell a $16.99 hardback, you make $1.69--$2.54 or, if off of Net, much much less. And what most nonauthors do not understand is that the majority of their sales will not fall into this category at all. There are hundreds of different subsidiary rights that cut, and cut, and cut the royalties.

I'm not an anomaly. As the print publishing paradigm stands, the talent--the writer--gets a tiny percentage of what the book brings in. The lion's share goes to the publisher. Oh sure, the publisher has to pay everyone and their uncle: distributors, editors, proofreaders, typesetters, etc. But in the end, the publisher earns out so much more than the author. eBooks are changing that.

With an eBook, I can write a book, and that costs me only time. I can pay to have it edited or find a willing soul to do it free. I will need a professional cover. I will need eBook formatting. I can get it all done for between $500-$1000 easy. Then, I can put my book up on Amazon and sell it for $2.99 and get…I almost can't write it without goose bumps…70% royalties. It doesn't require a marketing guru to figure out the profit differential: Print Publishing, sell 1000 books at $10.99 at 12% royalties versus selling 1000 eBooks at $2.99 at 70% royalties. Print = $1,648; eBook = $2, 093. Subtract all the reduced subsidiary rights sales, and eBooks even look more attractive.

And that is why this summer, I will be releasing my first exclusive eBook: "Ghost." You'll be able to get it on Amazon, B&N, Smashwords, Nook, etc. etc. for $2.99. I will not be signing a print contract on this book, the first of a LONNNNG series, hopefully. I'm intending this eBook to appeal to adult readers, and hoping it catches fire. For those who really want a printed version, I'm going to make it available using a Print-On-Demand service. Much more on that later.

So, will eBooks bring down the House? If print publishers don't embrace the new paradigm, yes. I predict in the next five years you will see the least flexible publishers fail utterly. Those that change will likely flourish.

All I want, and all any reader should want, is for good stories to be available at a reasonable cost.
Posted by WayneThomasBatson at 4:27 PM 18 comments: