The Point is NOT who Won the Election.

America awoke this morning to the news that Donald Trump will be our next President. For Hillary supporters, I suspect there is doubt, depression, despair, and a myriad of other emotions. If the results were otherwise, I would likely have similar fears and feelings. And even though I hoped, if one of them HAD to be elected, it would be Trump, I still feel a wide range of emotions.

For me, in the end, I gave up my faith-driven “write in vote” plan and went for Trump after all. It was, for me, a question of Prolife, Supreme Court Nominations, and other conservative issues. Instead of trusting God with the vote my conscience urged, I took matters into my own hands. If Trump turns out to be a murderous despot, I will regret my vote for the rest of my life.

But for me, there is no victory today. It feels more like a stay of execution. America is in trouble. More personally, the people who make up the nation are in trouble. We are at a moral and spiritual crossroads. And I appeal to history as my witness. From the late 1950’s to the present, America has changed from a Christian nation to a Humanistic Nation. And the result? Our foundation has become one of no ultimate meaning. Nothing matters ultimately because, if there is no God, no moral standard higher than our own whims, we are utterly hopeless and alone in this world.

I feel as if the dynamic of Romans Chapter 1 is happening in America: that we have been given over to our sins. We asked for abortion. We got abortion. We asked for Gay Marriage. We got Gay Marriage. We asked for Wealth. We got Wealth. And at a very deep and secret level, we’ve been begging to have no rules and to have life revolve around ourselves. And, to a degree, that is happening now. And from a parent’s perspective, I grieve for our children. Day after day, I hear of suicides or attempts. Day after day, I hear of addictions or overdoses. And day after day, I hear the hollow clanging of death bells for untold millions who are murdered before even having a chance to live. 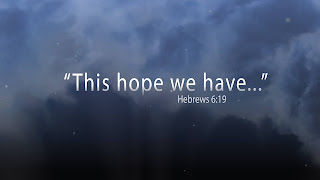 I’m heartbroken by where we’ve come and what we’ve become. And I know of NO other solution than Jesus. Love God. Love your neighbor. Follow Jesus and yes, even love your enemy. Go to God with your personal selfishness and repent. Lay it all on the cross, and ask God to help you to love, to give, to help, to hope, and to try.

Today, like so many of you, I feel a grim weight pressing down upon me. It feels like we are inevitably headed for self destruction. Our political system is inferior, likely corrupt, and unreliable. But our God is not. Take hope in our God. Take hope in His love, in His promises, and in His infallible standard. May America truly be great again, but not because of Trump or Hillary or any of those. May America truly be great again in this way: “if my people, who are called by my name, will humble themselves and pray and seek my face and turn from their wicked ways, then I will hear from heaven, and I will forgive their sin and will heal their land.”
Posted by WayneThomasBatson at 9:00 PM 2 comments: