Praising God in the Storm

The following was from 40 Days of Praise, a simple series of summer praises I began to remind myself (and others) how many blessings God gives us. This posting, Day 4, became a little larger than expected, so I thought it might warrant posting here as well. 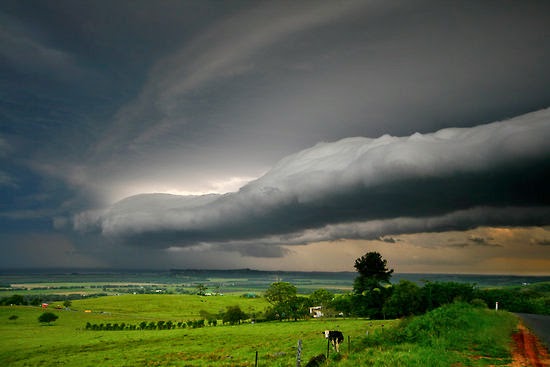 Almighty God, I praise you for the storm. Yesterday, a breaking news item showed the headline: "One Killed, Eight Injured at River Valley Ranch In Carroll County Maryland." A mantle of ice formed on my neck and shoulders. My son Bryce Batson﻿ is currently at a summer camp, a camp with our church. And I thought it -might- be the one in the article. My voice thinned with panic, I asked my wife…and she told me the camp was at Frostburg State. Not the same one. My son is safe.

But it might have been otherwise. And for some family nearby, it -was- otherwise. A family now has a massive, pulsing, aching gouge in their lives. And there are questions that will never go away…at least until heaven. So why do I praise God for the storm? Isn't that cruel and insensitive? I hope not. I am grieved by the loss of this 13 year old kid. I'm grieved by the injuries sustained by the other children. I'm grieved that the storm came up so blindingly quick that the campers couldn't get to shelter.

But I praise God for the storm. In the fury of a storm, we are reminded that we are not in control of this place. We do not run the show. And we are vulnerable to any one of a great host of dangers. But for the grace of God, the storm might take any one of us. In the storm, we are reminded that our lives are fleeting. This life is short, a vapor…gone in an instant. And this life is NOT all there is. Knowing this, we ought to examine ourselves. Have we really thought about the important things? Have we considered God? What do we believe about His son Jesus? Storms can make you think. C.S. Lewis wrote, “God whispers to us in our pleasures, speaks in our conscience, but shouts in our pain: it is His megaphone to rouse a deaf world.”

As much as it agonizes us to think in this way, we must. Especially here in the United States where we enjoy a level of wealth and comfort beyond the kings of old. We grow fat and content with things never meant to be so important to us. And it is only in the wake of tragedy that we are roused from our pleasure coma. September 11th did that. Remember? Churches were bursting at the seams for weeks after that tragedy. The horrific events of Columbine High School did that. Remember?

I praise God for the storm. And I don't want to dance around the issues here or leave the objectionable questions unaddressed. Am I suggesting that God inflicts horrible tragedies upon mankind to wake us up, to draw our attention to His son Jesus, to take refuge in Him? Are the Hitlers and Pol Pots of history somehow agents of God, murdering millions so that other millions might be saved? God forbid. God takes no pleasure in the pain of his children. But what is clear is that God allows these things. Storms, floods, volcanoes, earthquakes, hurricanes, famines, plagues, abortions, murders, rapes, child abuse—an unending list—all allowed to happen by God. For these are the consequences of sin.

People today just don't get sin. Sin is rationalized away. Sin is scoffed at as an antiquated notion. Sin is marginalized and minimized and often…forgotten. We need to WAKE UP to the destructive, deadly nature of sin. We need to see it in all its blackest, malignant properties…and we need to understand that sin is not to be played with. Let's boil it down. Sin is arrogant disobedience. It is saying we know better than God. It is saying that we are the ultimate authority. It is taking the gift of free will and throwing it back in the face of God. When earth was as God intended, there may have been storms, but they were simply beautiful to behold, not ever a danger. But. One. Sin. One sin broke everything. The scriptures tells us that all of creation was cursed in that one, original sin. Maybe an easier word to understand than "cursed" would be "poisoned." That original sin sent a shockwave through the created world. I don't know the mechanics of it, but it's easy to see the results. That was one sin.

How many sins has mankind committed since?

How many sins have I personally committed in my lifetime?

Sobering. Chilling. Because why would we believe that any one of our sins would be ANY LESS destructive and tainting than Adam's?

If Adam's original sin got him and Eve kicked out of paradise, why wouldn't each of humanity's sins also take the world farther away from paradise? If Adam's original sin pushed Adam and Eve into a world full of hardships and dangers, why wouldn't each of humanity's sins also make our world harder and more perilous? Remember, Adam's very next generation had the first murder when Cain slaughtered his brother Abel. Human nature had been changed, tainted, and perverted from its original intent. And each sin after that has done the same thing, slowly, incrementally changing people and creation more and more. The storms, the scandals, the murders—even the Hitlers and Pol Pots of the world are a direct result of mankind's sin. Our sin. Each and every sin we commit pours another drop of the blackest poison into the festering reservoir of sin-evil that corrupts people and the world we live in.

Honestly, it's a wonder that there's anything beautiful and safe left in the world. And that fact is a testimony to God's love for mankind. He wants to remind us of beauty and love and goodness. In fact, He wants us to know that this cursed, poisoned world is not the end. Tragedy, no matter how horrid, is not final. The white hot strand of hope for us all can be found in Jesus. Was there ever a greater tragedy than the perfect, sinless Son of God being tortured, ridiculed, spat upon, and murdered as a criminal? And yet, through that horrific event, Jesus beat down sin and death with a holy hammer. He rose again, and said, "World, look to me! Believe in me. I will save you!"

In the wake of tragedy, God can and does create hope. And only through God can any good ever come of the calamities of this world.
Posted by WayneThomasBatson at 1:04 PM 3 comments:

So, Sir Elton John said recently in an interview that "If Jesus Christ were around today, he would support gay marriage." All due respect to Elton, a once-in-a-generation songwriter and singer, but his claim is based on a fictitious Jesus. Scriptures make it clear that Jesus never sinned and never knew sin. He wouldn't support sinful behavior. 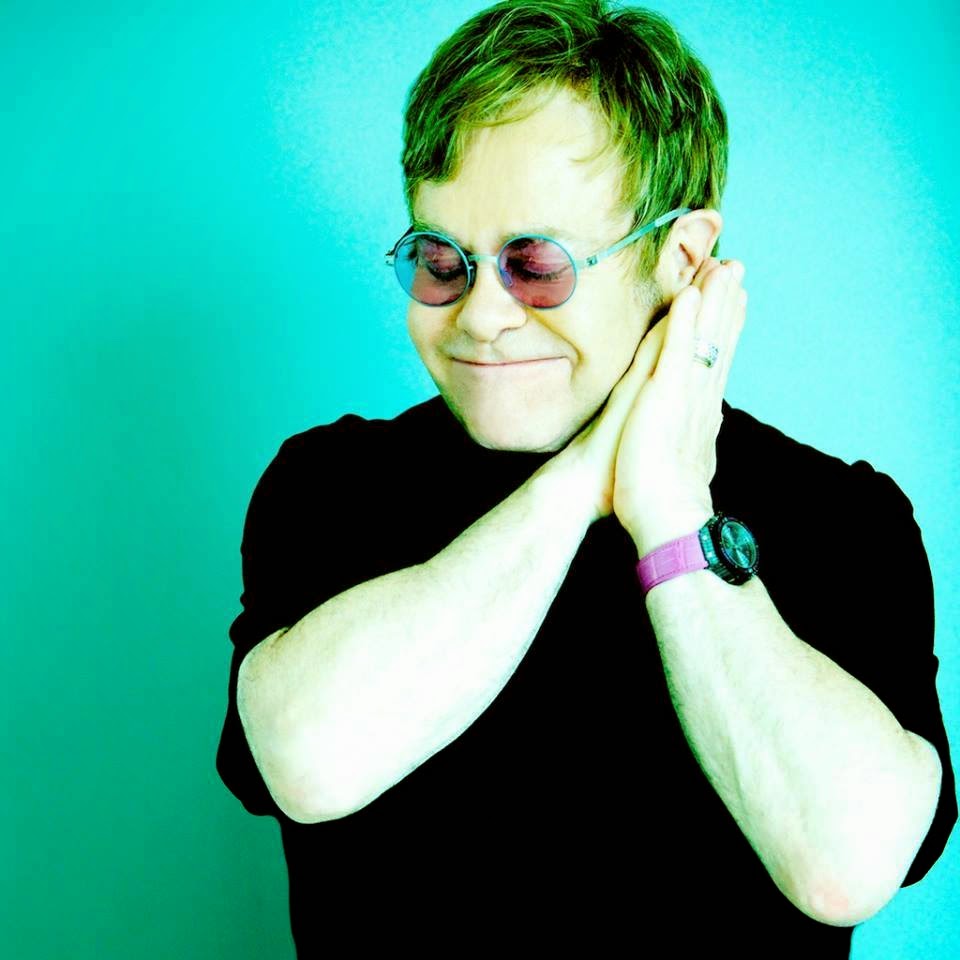 But IMHO, I'll tell you what Jesus would do. He'd walk right into a gay bar, sit down, and strike up a life-changing conversation or three. He'd walk in on a gay marriage and put his arm around each person, to tell them how much he loves them, how much he knows their rejection and pain, and the good news for their futures. And he'd walk up to protestors holding up hateful, slurring signs and tell them to get behind him. He might even storm into an LBGT rally and turn over the politicians tables for using people as political pawns. Lastly, he'd spin around at the soft pressure on the hem of his cloak, lift the chin of the broken gay man who touched him, and say, "Go and sin no more, your faith has healed you."
Posted by WayneThomasBatson at 9:28 AM 5 comments: