Fear, Hope, and the Sovereignty of God 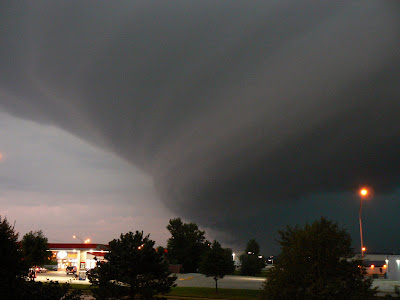 I don't want to write this post. I'm uncomfortable with the topic. I do not by any means think that I understand all that it suggests or entails. And to tell you the truth, I'm more than a little frightened by the implications and personal responsibilities that may come as a result of exploring it. For these reasons (and many others), I'm going to go ahead and post anyway.

I spoke to God that night, thru my tears. For little Kayla was so small, so helpless. I just couldn't reckon with the fact that I was suddenly responsible for keeping this precious little one safe. I told God, "There are too many variables, too many threats. How can I possibly keep her safe from all the horrors of the world?" I told God, "I can't do it." I figured I could take care of myself pretty well. I even fancied I could take care of my wife. But this, this tiny human being was so utterly dependent on me. I just knew I couldn't do it. I told God all of this. He already knew.

The next morning, I left the hospital for some real food. I went to Shoney's for a little breakfast bar action. And guess what I did? I cried in my hash browns. I'm serious. The waitress came over, saw my little hospital bracelet and my tears and asked, "Did you just have a baby?"

God must not do anything of the kind. He may protect her when I fail. Or, He may allow something to happen. God is sovereign. It is His absolute right to act or not to act as He judges. It is an awesome, fearful thing.

Fast forward to this past Sunday evening. My wife was not home--on her way back from the shore. I was alone with my four children, three of whom were in bed. I had just sat down to write upstairs in my room. I picked up my headphones, and started to put them on. I like to listen to the Lord of the Rings soundtrack when I write. It both puts me in fantasy frame of mind and also blots out the world of distractions. I paused, looked at the head phones, and decided, not tonight. The thought actually entered my mind: "Better not."

Not five minutes later, before I could even finish a paragraph, I heard a loud and terrible crash on the kitchen floor. It was the smack-thud-crash that can only come from a body hitting the floor…hard. "Kayla!" I yelled. No answer. "Kayla?!" I was on my feet now and racing down the stairs. "Kayla, you need to answer me."

I found my firstborn daughter (now 12) lying on her side and quivering. I called her name. She responded at last as if waking from a dream. "I fell. I fell, Daddy." I looked around. I didn't see any blood. I assumed she was okay, except for being frightened.

"What happened?" I asked.

"I was on the step stool. I had the worst headache I've ever had. I blacked out."

That scared me. What she said next, well, I can't even explain what that did to me.

I couldn't believe it. I'm thinking, no way. You are way over reacting to this fall, kiddo. I started to poke her in the legs...the usual tickle spots. She didn't even flinch. In the flurry of activity that followed, I layed her on her back and put a thin pillow under her head. I told her I loved her and that she'd be okay. I called 911.

911 told me an ambulance had been dispatched and would be there in 4-5 minutes...minutes that, by the way, felt like lifetimes.

Kayla suddenly said her stomach felt weird. She said her hands were getting tingly. I held her hands. I brushed the hair out of her eyes. I called 911 again. I asked was there anything else I should be doing. Was there anything I could do? They told me to wait. I hung up.

Kayla told me she was losing the feeling in her arms. She kept pleading, "Daddy, Daddy!" Then, she said her vision was getting blurry. She looked up at me, and I felt like I could see her drifting away. "Stay with me, Kayla. Stay with me. I love you, Kayla." In that moment, I thought her eyes could close at any moment...for good.

My son Tommy had come down. I told him to get me a damp wash cloth. We put it on her forehead. That helped some. Kayla seemed to be awake. But she was in pain and terrified.

The paramedics came. They stabilized Kayla and tested her legs. They confirmed what I feared. Kayla had no feeling of anything below her waist. They told me that we would be taken by helicopter to Shock/Trauma at John's Hopkins Hospital in Baltimore.

I spoke to my wife. I felt numb. This couldn't be happening. But it was. I went with Kayla in the helicopter. It all felt surreal. One minute, Eldersburg. The next on a landing pad atop a tall building in Baltimore. After that, it was like an episode of ER. There really were about 12 different medical personnel surrounding my daughter. They did test after test, spoke in shouts and in whispers to each other. I didn't much like the whispers.

My wife arrived. It felt even more surreal. Kayla got a CatScan. And as my little girl's body slid into that imaging tube, I thought I saw her foot twitch. But the doctors told us, she still showed no sign of feeling or movement below her waist.

Kayla was taken to Pediatric Intensive Care, hooked up to IV's and a half dozen monitors. Every hour or so, a neurologist or surgeon came in and tested her. Kayla cried out, "This is the worst thing that's ever happened to me."

But somewhere around 3 am, Kayla suddenly started showing improvement. Her pinkie toes moved. Then her ankle a little...even her leg. By noon the next day, Kayla had regained most of the motor control of her legs and feet and toes.

Many tests and hours later, the doctors could find nothing wrong with Kayla. They gave her a clean bill of health.

God healed Kayla. The neurologist told us that they see things like this once or twice a month, but it never heals this fast or this completely. "Incredible," she said.

I know God healed my daughter. I am overjoyed and thankful. But I am also still feeling sober, even a little sad. Because, I know God might have chosen not to heal Kayla. She just as easily could have been paralyzed for life. She might have even died...right there in my arms on the kitchen floor. I suspect if either of those latter events had occurred, I might not be writing this post at all. I'm a little afraid of the thoughts I might have given air to.

God is sovereign. That means that He has absolute and exclusive right to any and all things that transpire in the universe. And I praise Him for being sovereign. I am SO glad that He is in charge, and not I. He gives life. He takes life. He is God over all things. He does not cause evil. He allows it. And He redeems it.

The events of this past weekend left me shaken. At one point, while Kayla was being wheeled from intake to the ICU, I prayed, "God, see! See, I told you I couldn't take care of her. I told you." But God already knew that.

God is sovereign. And it's an awesome and fearful thing.
Posted by WayneThomasBatson at 9:31 PM 41 comments: