The Book Battle--Game, Set, and Match! 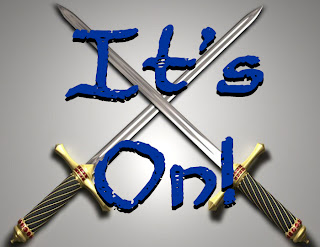 The Book Battle Is Over: Ladies and gents, it gives me great pleasure to announce the end of warfare, a cessation of hostilities between Christopher Hopper's Chrome Dome Crew and my own Lavish, Long-Haired Freaks!

For as of 6:39 this afternoon, I have completed the principle manuscript of The Errant King! Thank you, Lord!
As to the final word count and the winner, see below. But I have NO idea who guessed the closest. The best thing would be this: if you posted a close number and think you've won, check all the other posts here and on Facebook to make sure no one posted a more accurate number earlier than you own!
So without further ado, the final word count is:


As most of my readers know, Author Christopher Hopper and I are good friends. But that doesn't mean we won't engage in a little friendly competition and ribbing. If you've ever been to one of our "Duel Book Events," you'd know we tend to fight…a lot. Mostly about which type of hairstyle makes a warrior more…er, warrior-ish. I contend (and rightly so) that the long hair style is the best for warriors. Whereas, Sir Christopher contends that the shiny, no hair, chrome dome is the warrior's style du jour. It's quite the controversy (in his mind). And I suspect we will duel over it again soon. That said, we've recently discovered something else to fight over. 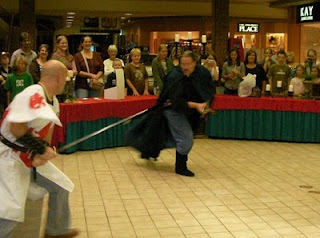 You see, Christopher Hopper and I both have NEW books in the pipeline. And we are currently both writing these books. Christopher got off to a huge head start, but due to his ridiculously busy schedule, I've almost caught him. And now, I've thrown down the gauntlet…and it landed on Christopher's big toe. {Notice the limp next time you see him}. After the ER visit, Christopher picked up the gauntlet and has decided to answer the challenge. It's a race…to the death {well, sort of}. And YOU get to play along! 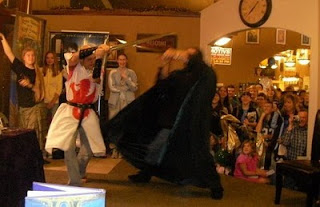 THE CONTEST: Simple! The first man to finish his book wins. I'll be completing The Errant King, book 2 of the Dark Sea Annals. Christopher Hopper is working on a book I'll just call SR for now. Christopher will tell you more about it as he sees fit. Very hush, hush that shiny-skulled brute!

Where do you come in? Well, we'd like to invite you into the carnage. {Nice of us, eh?} All you need to do is choose a side. Who do you say will win? Post here or on CH's site, or on FB or wherever we have posted first! Say who will win and then tell us approximately how many thousand words the book will be.

Everyone who picks the correct winner and gets the wordcount within +/- 5,000 words wins a prize!*

Whoever picks the correct winner and has closest to the actual wordcount, wins a bigger prize!**

Hint: the final word count of the winning book will definitely be OVER 50,000 words. If you're looking for a ballpark figure, you might consider investigating our other books:


Sir Christopher's Books:
Rise of the Dibor
The Lion Vrie


Sir Wayne's Books:
The Door Within
Rise of the Wyrm Lord
The Final Storm
Isle of Swords
Isle of Fire
Sword in the Stars


Together:
Curse of the Spider King
Venom and Song

What are you waiting for? Choose your side now: The Valiant, Long-Haired Warrior Clan or the Follically-Challenge Side. Who will finish his novel first and how long will it be?

*Note: the prize will definitely be better than a dirt clog but somewhat inferior to an all expenses paid trip to New Zealand.

**Note: the bigger prize will definitely be better than a bag of moldy bread but somewhat inferior to a stack of gold bars.
Posted by WayneThomasBatson at 5:52 PM 84 comments: