When the Black Plague swept through Europe between 1348 and 1350, it gouged out 30-60% of Europe's population and reduced the world's population by an estimated 100 million souls. With all due respect to the Black Death, there is a far worse contagion spreading in the world today. I suspect it has claimed more lives than the plague, cancer, and all other horrifying diseases put together.

Lest you hurt yourself sprinting to the nearest pharmacy for face masks and rubber gloves, this contagion cannot be prevented by any of the so-called Universal Precautions. No amount of antibacterial gel will protect you from this. It enters through the eyes or ears. Often, it spontaneously generates within the brain tissue or in the lining of the heart itself. You cannot run from it; you cannot keep it out; you cannot retreat to some secluded spot and hope to avoid it. For in the very act of isolating yourself, you will cause the contagion to spawn within you.

The worst aspect of this disease, indeed the facet that makes this contagion the greatest tragedy in history is…that there is a cure for it, but the cure is almost universally shunned.

The name of this contagion is Selfishness, and it is spreading. 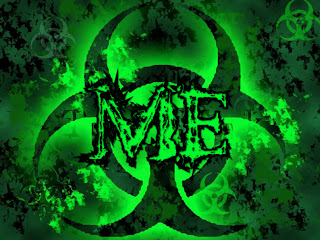 The Bible has much to say on selfishness. This verse from Philippians 3 is particularly expressive:

18 For, as I have often told you before and now tell you again even with tears, many live as enemies of the cross of Christ. 19 Their destiny is destruction, their god is their stomach, and their glory is in their shame. Their mind is set on earthly things. (Phil 3: 18-19, NIV, BibleGateway.com)

Did you catch that phrase? "Their god is their stomach." In other words, their lives are all about their wants, lusts, and appetites. That is a scathing rebuke. But Christians, lest we sit back and think, "Yeah, those hell-bound heathens really are selfish, aren't they?" Perhaps we ought to consider our own selfishness. I won't speak authoritatively about all Christians, but I suspect that many of us are infected with the most virulent forms of selfishness. And I contend that we are, in fact, worse than the lost because we know the cure and yet we still shun it. And our selfishness does more damage than any nonChristian's selfishness ever could.

More to come on the Nature of this Contagion, Causes, and Cure in future posts...

Posted by WayneThomasBatson at 11:39 AM 5 comments: