Happy Fall to everyone! As always, thanks for being faithful readers!

Lots of news to pass along. First:

The Errant King, the 2nd book of the Dark Sea Annals, is due out at the end of October. And this just in, the final cover image. What do you think? 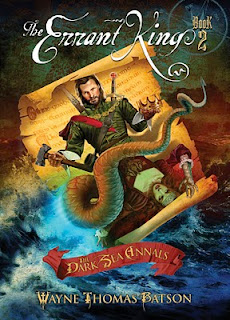 Speaking of covers, I need your help! I'm working on Imagination Station book 8: Mystery of Starlight Island for Focus on the Family. And we've got three cover images on the table. These are black and white sketches of what the eventual cover may be. Which of the three do you like best and why? 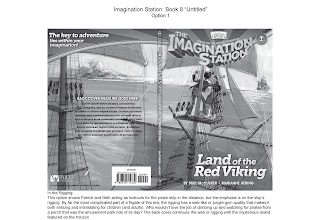 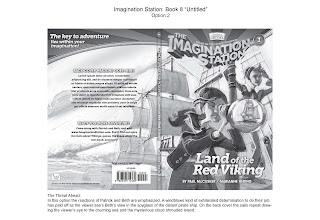 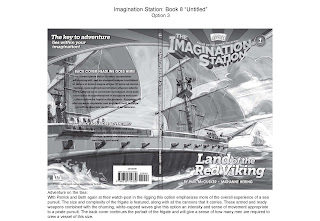 And last but not least: Anyone else out there battled weight issues? I have been since the 5th grade. But in recent years, with all the deadlines and teaching (and 50 other excuses), I've really let myself go. I got on the scale and it literally said, "Ouch!"

I've tried tons of diets: South Beach, Atkins, Body-4-Life, The Real Food Diet, etc. etc. ad infinitum. And mostly, they work--to a point. But they often do your body a disservice in the process and make it easier to gain back and then some.

So, this summer, I found myself tipping the scales at the highest I've ever been. I won't tell you the number, but let's just say there are professional linemen in the NFL who would blush to see the number I put up. {Sigh}. I began to find my quality of life and my usefulness to others dwindling. I certainly understand that there are those who have legitimate metabolic issues. That kind of weight gain must be an awful burden for those who have it.

But for the vast majority of overweight folks, folks with normal metabolism like me, we just do it to ourselves. And it impacts absolutely EVERYTHING. Every part of our lives. How much we can get done at work. How much we can play with our kids. How active we can be. And seriously, I believe that we disgrace the Temple of the Holy Spirit and make God look bad when we're fat.

Now, I'm not calling eating a sin. God made it pretty clear to Peter that everything God made was good for food. But somehow I don't think God was urging Peter to eat a whole triple cheese, meat lovers deep dish pizza and follow it up with three pints of Ben and Jerry's. I won't speak for others, but for myself, I've committed the sin of Temple Abuse...over and over and over again. And now, I'm paying for it.

That said, God has given me a fairly resilient body. And I'm just 42. So I'm not throwing in the towel. Rather, I'm getting out of the premature grave I've been living in. And I'm making a change. Or rather, God's empowering a change in me.

I've begun the Jenny Craig program. What? Another diet? I thought you said--actually, I did say. And yes, I am starting another diet, but just in name. Jenny Craig is all about learning to eat the right kinds of foods at the right times and in the right portion sizes. So, really, it's more about life modification than some fad diet. The fantastic thing about Jenny Craig for me is that they provide meals. Yep, it costs. But really, it works out to be just about 30% more than my personal grocery footprint. And to have the menu made for you, the food right there, is absolutely essential for someone with a crazy schedule like mine.

Yeah, I know, I know. Jenny Craig sounds girly. But seriously, there are tons of men on the program doing very well. Everyone from pro surfers to actors to regular Joes like me. Still, I wish they'd have a men's branch called, Stone Cold Craig or some such. Appeals to the macho in me.

So, how did my first week go? Pretty easy, really. And I showed up on Sunday for my weigh in 14lbs down. That's right 14lbs in one week. The Jenny Craig consultants told me it was a site record for their office. Praise God. Week two is going well. Can't wait to see what I weigh in on Sunday. I know it won't be a ridiculous number, but it WILL BE DOWN.

So, I pledge to you, my readers, that I will do this. And I will get down to my healthy weight. And I will come on here every week and let you know how much down I am. And if I don't, you can yell at me! Deal?

PS: If anyone else out there wants to use this as an opportunity to get fit as well, just post comments right along with me. Iron sharpens Iron.