Edification from an Unexpected Source...

Sometimes man must stand on the brink of destruction before he will change.

Man is far less in control of life than he thinks he is.

There are powers beyond our imagination at work in this world.

People should be better stewards over the things they are given.

Sound like sermon topics to you? It might surprise you that these are very clear themes from the recently released remake of The Day the Earth Stood Still. I was itching to use my AMC Movie Gift Cards, you see. And well, I wanted to see something blockbusterish--a real special effects extravaganza.

So, I roped a good friend into going to see The Day the Earth Stood Still with me. I'd heard the reviews: most of them very iffy, if not altogether bad. So, I went in with relatively low expectations. All I can say is WOW. The movie was very cool! I like films that function on many levels. The story was interesting. The characters were sympathetic. The FX were righteous. But what really astounded me were the powerful messages.

Anyone else seen it? Any thoughts? 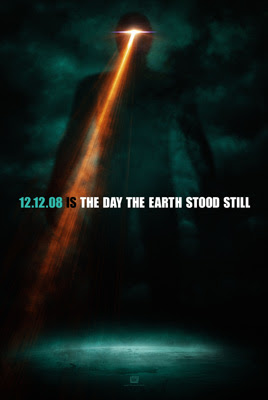 Posted by WayneThomasBatson at 11:27 PM 5 comments: