The Myridian Constellation Continues to Grow, thanks to YOU.

30 years ago, even before The Door Within, I had an idea for a fantasy story centered around an assassin seeking redemption from a haunting past. The story began with "A Sword in the Stars." Here's a peek at the new cover concept. 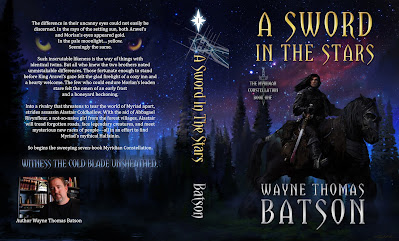 The story begun with "A Sword in the Stars" continued to reveal itself to me with a reluctant young king, trying to live up to expectations and struggling to avoid his father's mistakes. Before I knew it, there was a really nasty red dragon and a devastating unexpected invasion. A sneak peek of "The Errant King" cover concept is below. 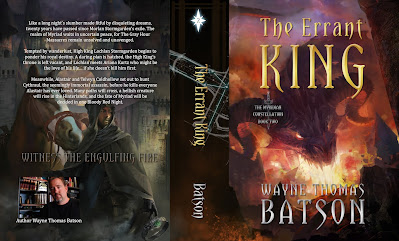 From the very beginning the Dark Sea series (now The Myridian Constellation), had 7 books outlined. Book 3, however, took me by surprise when it became such a behemoth that Amazon wouldn't even publish it in paperback at its size. It became clear that there were two very unique story arcs, and so I made the decision to split the third book into book 3 and book 4. I never imagined how much work and time it would take to re craft those tales into individual books of the series. "The Forsaken Continent" became book 3 and took nearly 5 years to complete. Here's a peek at the new cover concept for TFC: 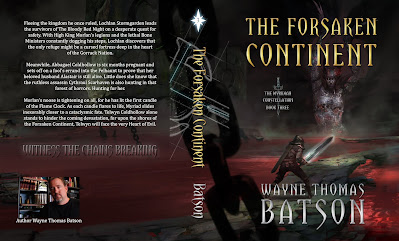 "Mirror of Souls" was going to be book 3, but I quickly realized that too much needed to happen to lay the groundwork for what I think has become the turning point of the series. Here's a peek at the full cover of Book 4, Mirror of Souls. Release date is August 9th!
Author's Note: Thank you, readers for the opportunity to write for an audience. I'm no Tolkien or Rowlings, but you've all been so very kind to make it clear that these books have an audience. God made my dream come true and gave me a mission, but I'd get nowhere fast without knights and swordmaidens like you. I'm forever grateful. 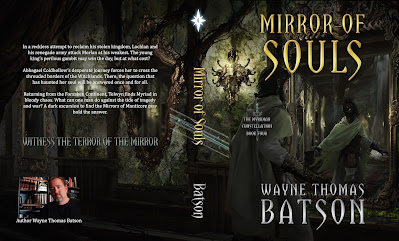 Posted by WayneThomasBatson at 11:01 AM 11 comments: