The Door Within, my first novel, was published in 2005. But it began far earlier. In 1993, my third year of teaching, I gave my 6th grade students a short story writing assignment. Being the wonderfully cagey kiddos that they were, they challenged me to write a story as well. It just so happened (read "a God thing") that several deeply personal events had transpired in my life, things that fueled passion and story. 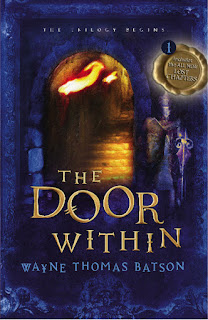 Seventeen pages of loose leaf paper later, written in green ink, The Door Within came to be. Of course, then, it was called "The Faith of a Child." Over the next ten years, my students continued to encourage me to write, to build The Door Within into something much greater. 2004 arrived. I obtained an agent and, after much toil and blessing, landed a contract with Thomas Nelson (now Thomas Nelson / Harper Collins).

Fast forward to 2015*. I'm beginning my 25th year of teaching, and I've got a unique opportunity. I've been given stewardship of a wonderfully small class of English Language Arts students who need a little extra help and motivation. And, the beautiful thing is, the course of study is pretty wide open so long as it supports the regular ELA curriculum. So...that gave me an idea. {Cue fiendish laughter and mustache twirling} 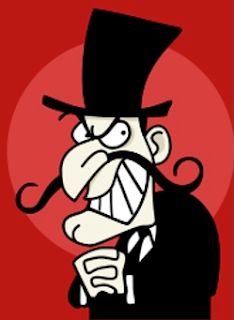 So, in order to amp the motivation, I've gone to my students and offered to write a novel just for them. I will work on it a chapter at a time and use it for the fictional / narrative components of the ELA curriculum. The kids were jazzed, so I set up an online poll where they could pick and choose aspects that they did / did not want in the story. Everything from quirks for the main character to creatures to theme. The results are in, and I've begun writing the tale. The story is code named:

I was thinking of putting the book up on Amazon as a series of shorts, 2-3 chapters at a time. It would be kind of like the old serial stories that used to be published in magazines. Of course, the story has to pass muster first. I have nine very serious editors who are ready and waiting to sink their collective teeth into anything I throw down for them to read!

*Yes, I've still got Dark Sea 3 "Mirror of Souls" in the pipeline. And yes, GHOST 2: Minister of Fire too. Fear not!
Posted by WayneThomasBatson at 7:05 PM 11 comments: