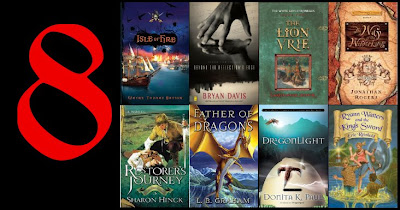 For months now, I've been promising a big announcement. I apologize for making you wait so long, but many plans had to be in place before we could go live with this news. All systems are officially go, so it is with exhilarating pleasure that I announce:

You may recall last summer, Authors Bryan Davis, Christopher Hopper, Sharon Hinck, and I drew swords together and toured from Atlanta, GA to New York City, NY. Along the way, we met hundreds of readers, signed innumerable books, and garnered press from the A.P., RNS, Reuters, The Washington Post, and Fox National TV! One national correspondent even asked the question, "Could the Next Harry Potter be a Devout Christian?"

That was Fantasy Fiction Tour 2007, and it was a smashing success. For readers of fantasy, what could be better than having four fantasy authors in one place at the same time? Try doubling the number of authors! Can you wrap your brain around eight EIGHT fantasy authors {well armed with swords, I might add} touring together?!! 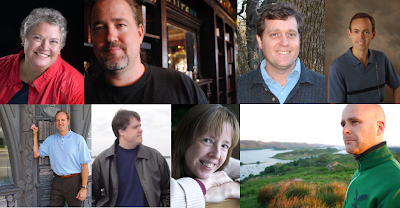 This year we'll be hitting the West Coast October 4th thru 12th!

Four additional authors have been added to last year’s lineup: Donita K. Paul, L.B. Graham, Jonathan Rogers and Eric Reinhold. Together, we are the Motiv8. You can read all about all of the authors on our Meet The Authors page on the Official 2008 Fantasy Fiction Tour Website!

The website itself is about to get a massive overhaul and we’ll be issuing HTML banner ads very soon for you to put up on your websites and blogs to help us promote the tour. If you’re press, you can find the official Press Release here.

We look forward to your comments and can’t wait to see everyone on the road! During the tour itself you can follow along with us on the daily Video Journal, and if you missed last year’s–no worries–you can watch the entire collection in the 2007 Video Journal Library.

Much, much more to come. Stay tuned and visit the Fantasy Fiction Tour Website often for new original features, interviews, blogs, and contests!

Posted by WayneThomasBatson at 9:39 PM 24 comments: