The Unthinkable Has Happened! Hear ye, hear ye! The Battle of the Books has Come! 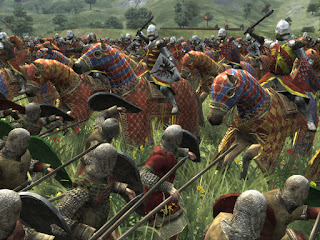 My books have declared war on...each other. How can this be? I have no idea. But my question to you is, who would win? I mean if each of my series of books went to war against each other, the main characters and supporting cast--who would win? You the readers will determine the victory!

It's the First Annual Battle of the Books! We're setting it up in playoff fashion. Who will win the first round?


ROUND 1: The Matchups
The Door Within Trilogy
versus
Isle of Sword/Isle of Fire 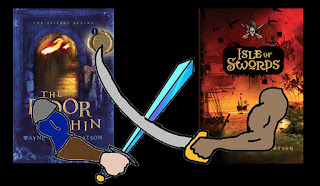 The Dark Sea Annals (Sword in the Stars, Errant King)
versus
The Berinfell Prophecies 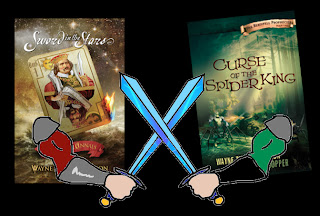 Readers and Fans: you will determine which series move on to the Ultimate Book Championship. Starting now, I will keep track of votes that you post as comments! All you have to do is say which books series will win each matchup, and why you think so! Voting for the first round will remain open until November 15th!

What say you, then? How will Aidan, Antoinette, and Company fare against swashbuckling Cat, Anne, and the crew of the William Wallace?

Can unbeatable exAssassin Alastair Coldhollow and young King Lochlan hope to match arms against the likes of Tommy and Kat?

We'll find out! Let the games begin!
Posted by WayneThomasBatson at 12:22 PM 111 comments: