Epistle to the NFL 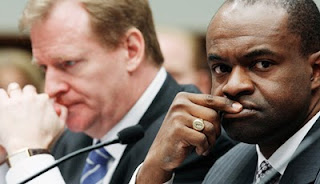 The NFL had better be careful. Right now, they've got the goose that lays golden eggs, and everyone wants an egg. But if they screw around and 1) there's a work stoppage or 2) the season gets delayed or canceled or 3) the whole standoff stays in the news for too long--then, they are going to kill the goose. It's not going to matter which side is more greedy than the other. The general public will perceive both sides as greedy--NO MATTER WHAT. And it's ugly. Sickening and freakin' ridiculous. This is a nation built on blue-collar backs. We're carpenters, steel workers, doctors, and teachers--getting paid pidly compared to both sides in this argument.

Owners and Players ought to look at this as an opportunity to right some long term wrongs, to make the game more enjoyable for loyal fans too. 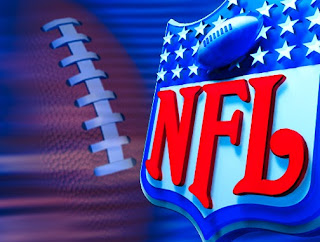 Players: Obscene rookie contracts are an insult to every professional athlete. To pay a guy who's never taken an NFL snap ridiculous money is INSANE. Give rookies the NFL minimum as a standard salary, but make the contract laden with performance incentives; the more incentives reached the more bonus money, and the higher the base contract goes with each successive year. Build in an insurance clause which pays the rookie big money if there's a career ending injury or some such. Reducing the rookie salary to the incentive-dependent minimum is going to leave a HUGE chunk of change in the collective pot. With that, provide stat bonuses and veteran bonuses for those who've proven themselves already. Perhaps let their be NFL bonuses for statistical leaders across the board.

For the Owners: You absolutely have to provide $$$ for injury insurance. The guys are out there putting their lives and futures on the line, playing a sport that thrives due to its violent contact. You've got to cover the players and their families. Someone gets a career ending injury, the insurance kicks in. The slush money that's still left from the minimal rookie contracts should be funneled into research and development of new helmets and pads to better protect players from injury. The number of concussions these days is alarming. If something isn't done, we'll soon be getting pretty close to the Roman Coliseum. Those people who deplore Michael Vick for the dogfights, turn around and cheer when a quarterback gets destroyed by a DL who is twice the QB's size.

For the Teams: Rosters need to increase in size. If we go to 18 games, that's a no brainer, but even if not. Every team should be able to be 4-deep at every position. Salary Caps are still a must so that all market teams can compete. But the whole Free Agency thing has to change. How many times have fan fanatics been hurt when long-time team player favorites have asked for more money than they are worth to keep and ended up shipped off to finish their career on some other team. Many times, the team would love to keep those players, but the cap is prohibitive. 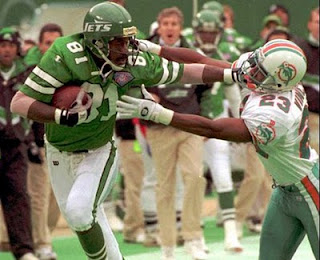 There should be a "Legacy Exemption," maybe as many as three per team, where fan favorite veterans could be paid extra $$$ to keep them on their home team without impacting the salary cap. No more Joe Montana playing for the Chiefs, Art Monk for the Jets, or Brian Mitchell to the Eagles. 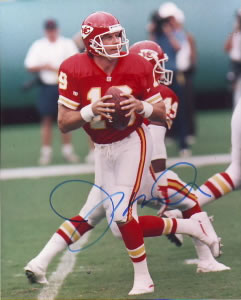 Hi, Elves and Readers! Today, I'd like to tell you about Ghost, a new novel I've been working on for some time. Ghost is about half finished, and I have a cover design due in February. I intend to release it for Amazon Kindle this summer 2011. I will probably also release it on Smashwords and elsewhere for those who don't have Kindle but want to download Ghost in another format. There's even a print on demand service I'm investigating for those who want a hard copy.

About the Story: Ghost fits into the genre of Supernatural Thriller, in the same vein as Jim Butcher's Dresden Files, the X-Files, Nightstalker, etc. For my younger readers, please note that this is a story for adult readers. Why? It won't be for sex and bad language--that's a promise. And it won't be for gratuitous violence either. I'd say the violence and bloodshed would be on par with my pirate books.


God says, vengeance belongs to Him. Ghost will be the instrument of that vengeance.
Posted by WayneThomasBatson at 11:22 AM 20 comments: