And the winning title is...

Probably Crossing Swords. Turns out a pirate novel for YA readers called "Dead Reckoning" came out last year. I searched all over, checking all the names, but never saw that one. Oh, well.

Thanks for all the quick help. You all rock.
Posted by WayneThomasBatson at 6:35 PM 35 comments: 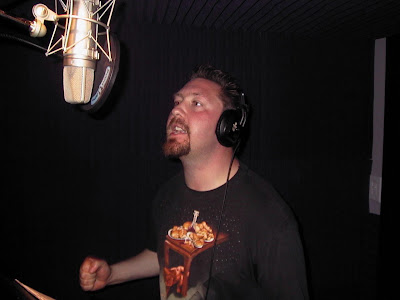 Tonight, I'm continuing an interview with Shane Lankford, the lead vocalist for a new Christian Rock Band called Orphan Project. I had the opportunity to catch OP live last weekend, and they ROCKED the house for Him. You can just tell there's passion in and behind the music. Orphan Found, their first CD is available for sale. Click HERE. It's a CD that will instantly become one of your faves.

And now, the interview with Shane:

1. Some Christians get a little uneasy about Rock Music--even more so with heavy stuff. How do you respond to that? Do you feel that the Christian message can mesh with hard rock?

Shane: well, my initial response is...most of the people who say that are pretty old and don't "understand" the younger generation, but with that said...there is alot of horrible music out there and a decent amount of it can/is lumped into the "hard rock" genre. I believe there is good music and bad music...and I'm not too keen on saying there's Christian vs. secular music. I believe God gives us music as a blessing and if it's played with your talents to glorify God, and it is GOOD musically then it is good music and all must appreciate it.

I don't like the fact that it seems like everyone you meet these days is a "musician"...I think instruments are learned and focused on too much by people who really shouldn't be playing an instrument, but they want to 'cause it's "cool". Again, back to the original question...yes the Christian message can definitely mesh with hard rock, but you must be prepared to play/create/write whatever style you are writing to the absolute best of your ability (and seriously...some people's best cannot really be considered good music...imho) to the glory of God...not neccessarily speaking/singing about Christ...but the Spirit of the Gospel must be sensed in what people hear...that way your music is as deep as the weight of the message. Boy, I hope that makes sense, but it's a subject that I believe the mainstream Christian populus doesn't take seriously enough. 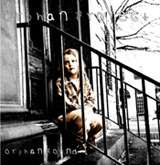 2. I read on your bio that you are actually an adopted orphan. Is that right? How has that impacted your experience of God?

Shane: yes, I was adopted when I was 4 months old...so not really an orphan off the street, but adopted nonetheless. The impact on me spiritually is tremendous! What greater representation of God's grace to me, when He called me by the Spirit's leading into His family! What happened to me physically has also happened to me spiritually...very cool! Adoption into the kingdom is such a blessing and I don't believe it's making as great an impact as it should. I think the issue is that I believe that God "chose" me first (predestined) and I didn't choose Him...therefore He adopted me into His family!!! Praise the Lord! 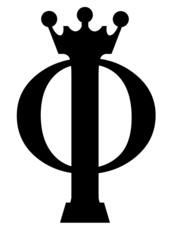 3. Okay, I'm going to get a little weird--I'm a writer; it's what I do. LOL But here's the situation: You've just been welcomed into heaven. You've had some meaningful time with the Savior already. While wandering some streets of gold, you notice some people coming towards you. Turns out, they listened to Orphan Project when they were on earth. Now here's the question: what would you most want to hear these people say to you?

Shane: Wow, now that's a great question...I guess in a nutshell I would hope they'd say that OP gave them a message of hope found only in the Gospel of Christ. In the darkness of ourselves Christ breaks through and cleanses us and gives us hope from ourselves! I just want to be as real a messenger of the Gospel as possible and how it impacts man in real life. 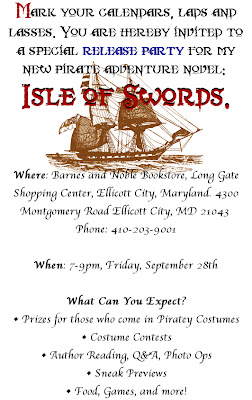 I know that visitors to Enterthedoorwithin come from far and wide, so it might be impossible for you to get to Maryland for this event. But if you know anyone in the area who likes pirates, please forward the invitation to them. The more the merrier! 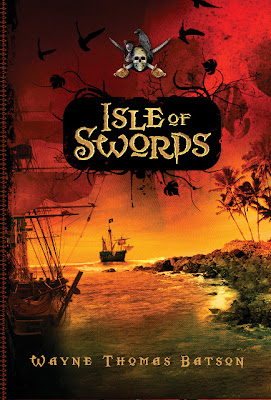 Posted by WayneThomasBatson at 7:30 PM 8 comments: