Writing and Publishing: Behind the Scenes, Part 1

Welcome to BTS, part one, the first segment where I'll take you behind the curtain to see what goes into inventing, writing, editing, and publishing a novel. Keep in mind: you haven't read Berinfell Prophecies Book 1: Curse of the Spider King, and this series of blog posts will delve into the creation of Book 2. Therefore, I'll have to leave many details concerning plot elements extremely vague. It's the process we're after, not spoilers, right?

Christopher Hopper is the CoAuthor of this series, and we are quite literally right at the beginning of the book. Today, it was all about inventing. We left several key threads dangling at the end of Spider King, so we began with those. What you see below is an iChat window. We began our session of brainstorming and outlining with iChat, but quickly realized we needed speed.

So, we used iChat's phone feature. That way, we could talk and hear each other while we worked. The window you see below is the speak function of iChat. So what'd we talk about? Chapter one.

Whenever I give advice to young writers and aspiring authors, I tell them to work exhaustively on chapter one. It may be the only chapter an agent or publisher looks at, so make it good. You really have to hook the reader. Action, Drama, Intense Emotion, Mystery, Danger--all good for opening chapters. Dialogue is good if it really gets us into a character or in the midst of a relationship between characters.
What to avoid:
1. Lots of narration
2. Lots of description
3. Dream sequences
4. Alarm clocks
5. Too many characters
Christopher and I left book 1 with several main characters making a journey...an important journey. However, as much as we'd like to spend pages describing the cool sights of this amazing fantasy world we're creating--they journeyed here, saw that, journeyed there, saw that--we knew that it's a snoozer of an opening. We ended up deciding on fast-forwarding to a battle scene, and not only that, but an ambush. Nothing says lovin' like a sneak attack! lol

The opening chapter decided on, we decided to "Begin with the end in mind." We had some thoughts of how Book 2 would end, so we brainstormed and fleshed that out a little. And it was here that we came to a bit of a road block. Our publisher has contracted with us for two books in the series, but we feel like it could go to a 3rd book, maybe 4. So the question became: How do we give a satisfying ending that still leaves some threads open for future books? Good question. First, we tackled the satisfying ending part. This means that any promises you made to readers need to be fulfilled. For example: If you hint that the treasure-greedy pirate will be betrayed by his own greed, then you'd better have it happen or readers will be peeved. Christopher and I are big fans of foreshadowing. We've dropped some very interesting breadcrumbs in book one that will become HUGELY important in book 2. So, we had to think of ways for these loose ends to connect to something very fun and interesting. In the end, we decided that we could end the climactic battle with the appearance of a new threat, one whose very nature would render him/her/it more perilous than anything readers have seen.

Now, we had the beginning and the end and lots of questions in between. What you see above is the file menu of Scrivener, our favorite all-powerful writing software. It absolutely rocks. Take a look at the way we set up our files. Under "draft" you see the outline in progress...just working chapter titles for now. Beneath that are our resource files. This is a whole fantasy world we're working on, so we've got Language Files, Bestiary, Geography, even a file for scenes that are so cool they have to be in the book....but uhm, we're not sure where yet. lol

After outlining for several hours, Christopher and I chose scenes. That is, there were several segments we each felt visually attached to. Christopher really wanted to tackle the opening battle scene. I, however, wanted to hit the relationships and a mounting internal conflict that needs to arise a bit later in the story. You might be thinking, but how can you do that? You don't know exactly what the other person is writing! That's somewhat true. I have an idea of what Christopher will put into the segment he's doing. But I don't need to be too concerned. It's kind of like connect the dots. My latter chapters might be a bit far away from Christopher's earlier chapters. But that's okay. The differences between them will suggest where we go on the chapters that fall in between.

That's a good tip for those of you who struggle with Writer's Block. Sometimes you just get stuck somewhere around chapter 8. Now, you've got a killer idea for chapter 17, but you don't go after it because you figure, you've got to go in order. NO. You don't. Write whatever scene is hot in your mind. Sometimes that latter scene will unblock the issue earlier on. And no matter what, the chapter that feels like fun will be better than the chapter that feels like a chore.

More to come in the following weeks. Stay tuned.
Posted by WayneThomasBatson at 8:03 PM 24 comments:

New Blog Series: Writing and Publishing a Novel--Behind the Scenes 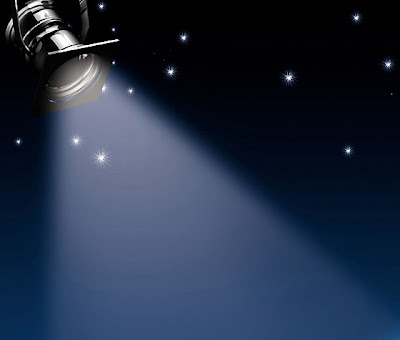 When I was little, the first three Star Wars movies came out and blew everyone away. The special effects of Lucas' ILM took us places we never thought possible. And whenever one of those "The Making of..." programs came on, I was one of those geeked-out fans who watched with rapt attention. I can still remember watching how they filmed the X-Wing Fighter chase through the Death Star channel. COOL.

Even now, I absolutely love watching all the extra material on DVD's. I count The Lord of the Rings Extended Version Bonus DVDs among my most cherished treasures. lol. So I got to thinking that so many visitors to Enter the Door Within have tons of questions about writing and publishing. What if I take you behind the scenes?

Christopher Hopper and I have finished Curse of the Spider King. We're getting ready to hit the sequel now. So for the next series of posts, I will literally show you the nuts and bolts of how a novel comes together. From invention to editing, polishing to publishing--you'll see how it gets done. So tune in! You might even get a few sneak peeks at the new book. ;-)
Posted by WayneThomasBatson at 8:38 AM 14 comments: