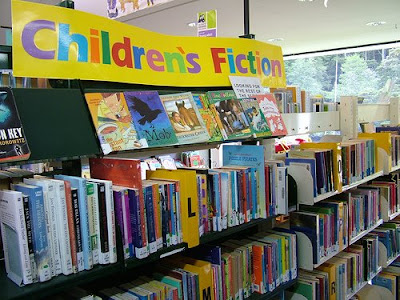 Every once in a while I get an interview request from a student. As I do, I like to post them here in case any of my readers have similar questions. Here's one about the merits (and dangers) of fiction, as well as, a bit about character development.

About ten percent of people would argue that fiction is a waste of time. What would you say to them?

I'd say for those few sad people, perhaps, it is a waste of time. Maybe they are a bit close-minded. ;-) However, I might suggest that they have not yet found the right book. I didn't like fiction until 6th grade. I could read very well (both my parents were teachers), but I never read for fun...until my cool cousin gave me a copy of The Hobbit. That changed everything. I found a deep connection between Bilbo and myself. I found a longing to visit other lands and to dare to try some important deed. That's when fiction became a friend. I've read The Hobbit and The Lord of the Rings 14 times since then, and I get something new from them each time.

What impact would you say that fictional books, movies and other story-telling mediums have on people?

The impact of all types of media on people is much more profound than some might believe. And like other benign entities, reading fiction can have a positive or negative influence. If a book is morally sound, readers, especially young readers, can absorb lessons about life. "Ah, that character lied and it blew up in his face, so therefore I won't make that mistake." Reading fiction can also arouse our curiosity and prompt us to dare to do great things in life. Ask any leader if there was a book that had a profound impact on them. Chances are there was. But the impact can also be very negative, esp. if the book is not morally sound. Once again, we absorb what we read and add the content to our prior knowledge banks. If the character is rude to his parents, breaks rules, and gets celebrated for it, the reader thinks, "Ah, I can achieve a kind of glory by doing those same kinds of things." There is also a fault in comparing the fictional world to the real world. A wife who constantly reads romance fiction might begin to think of her husband as quite the pudgy clod compared to the handsome beaus that populate the fiction she reads. And that's bad news.

Would you say that you can tell a lot about an author through what he writes?

No question. Any writer worth his salt will put a bit of himself into the story--many times it's unconscious. But it's still there. It can be catharctic, therapeutic, and fun to fuel a tale with a bit of you. But it can also be narcissistic. You don't want every character to be you wearing a wig. And certainly there are more activities in the world than your experiences, so you've got to branch out. When I read Tolkien, I'm quite sure that I'm getting "him" in the package. I believe he's a bit of Frodo and Gandalf rolled into one. I can tell Tolkien was fond of deep friendships, things that are green, and good food. I am too incidentally. 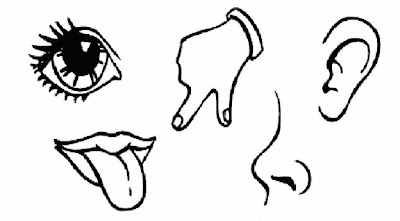 Some people say that detailed vivid descriptions are the way to go, but at the same time others say that you should leave things up to the reader’s imagination. That seems like a paradox to me. What’s your opinion?

I'd say that writers NEED vivid description in order to activate the reader's imagination. The sticking point is exactly how much vivid description does a writer need? And of course there's no exact answer or formula. I believe in immersing the reader without drowning him. If you've got a mountain range to describe, what really needs to be mentioned? The reader has seen mountains before, so what makes these mountain's different? Do the peaks stab up into the clouds like fangs? Are they cloaked in shrouds of mist? Are they blanketed in endless patches of purple and yellow flowers--those things might matter, depending on the mood you wish to convey. When describing a person, don't give us the police line-up description. Do we really need to know that the sweater is 30% polyester? Include the quirky details instead: he had thick eyebrows, a moustache, and goatee, and if he frowned in just the right way, he looked like Abraham Lincoln.


How do you make a main character likeable? …my novel is written in 1st person so I’d say this is an important issue.

I'd say begin with a bit of self inventory. Why do you like the people you like? Make a list of different people and why you like them. Readers like characters for many of the same reasons. And when you go to create characters, you help readers get to know these beings the same way you get to know real people: actions, words, looks, attitudes, thoughts. Show, don't tell. Bonnie was miserable. (NO). Bonnie wrung the corner of her notebook. It was all she had to strangle at the moment. The tears came fast and furious. Her throat thickened to the point that swallowing was pain. etc. etc.

Posted by WayneThomasBatson at 1:01 PM 19 comments: