Have You Been Tested?

Have you ever heard of the Solomon Test?

Living in the era of pandemics, we are probably all a little tired of getting tested, but the Solomon Test is something we should consider “getting over with––and sooner rather than later.”

King Solomon, David and Bathsheba’s son, has been described in the Bible and elsewhere as the wisest man who ever lived. He was also one of the wealthiest, most prolific, most epicurean, and most vexed. The Book of Ecclesiastes records Solomon’s trial and error discovery of what, from here on out, we’ll refer to as the Solomon Test. Here’s the basic structure of the test:

Step 1: As a human being, recognize that you need “something” to give meaning to your life.

Step 2: Try every earthly solution you have access to or can work hard enough to obtain to see if it/they can finally fulfill you.

Two steps. That’s it. Seems innocent enough but beware! If you aren’t careful, you can spend your entire life taking and retaking the Solomon Test. And in the end, find your soul… vexed. 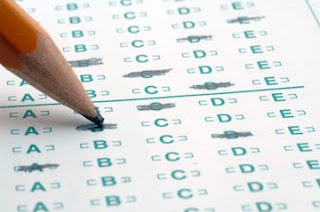 In the dieting world, we are often advised to “fail fast.” I know something about this theory because I’ve tried just about every diet under the sun. The theory proposes that dieting is a very individualized experience. There is no one-size-fits-all diet because human beings are so unique. Therefore, if you try a diet, it is best to “fail fast,” ie: to discover, “Hey, this doesn’t work for me.” Why waste a year of your life to discover that the diet just isn’t for you when you could instead… fail fast.

I think Solomon in the book of Ecclesiastes is trying very hard to help us all to fail fast, or maybe even take some good advice and avoid the fail altogether. He tells us all about HIS “Solomon Test.” As King, Solomon had every earthly desire and goal at his fingertips. He decided to put all things to the test to see if anything could provide meaning. Spoiler Alert: Solomon discovered that there is nothing new under the sun and that all is vanity.

It reminds me of the rock concerts I went to in my late teens and early twenties. I had my favorite bands and became so excited to see them live in concert. The day arrives. The show begins. Euphoria! Especially when the band does some of your favorite songs. Then, the lights come up. The band leaves the stage. And you join the thousands stuck in traffic as you try to depart the arena. The aftermath of the concert can leave you with a warm glow for a little while. You feel spent but satisfied. For a time. A few days later, the concert is little more than a fond memory, the satisfaction is mostly gone. Vanished.

In Chapter 1, Verse 2, Solomon tells us the conclusions of ALL of his research: “Vanity of vanities! All is vanity.” Did you know the word “vanity” and the word “vanish” come from the same root, meaning empty, idle, or futile? That connection makes sense if you think it through. The vain person who spends his life on himself will ultimately come to nothing, will ultimately… vanish from meaning. Ouch. That stings a little, at least, to me it does. If I’m honest, I’ve tried the Solomon Test. In fact, I’ve taken the test and failed. And yet, I still sign up and take the test again. I think I’m a prime example of what Solomon was trying to warn us about: we can waste our entire lives pursuing self.

We can take the Solomon Test over and over and over again. Even the band Loverboy knew about this human tendency. We learn to work for the weekend. Or we learn to work for the vacation. Or we learn to work for… fill in the blank. And it all seems fun and satisfying until it doesn’t. It’s time that’s the killer. So very many things in life can feel meaningful. But over time, it all loses its luster. You can win the Super Bowl, you can write the bestseller, you can marry the pretty girl, you can get the big house, you can have a lovely family, you can eat the best foods, drink the $15 cocktails, and you can even live to a spritely, ripe old age, but time will burn it all down. We all die. Solomon wasn’t being morbid. He was being realistic. He thought it through and realized he could amass the greatest fortune, the greatest kingdom, and the greatest stockpile of “anything people want,” and in the end, someone who comes after him will get it all.

At least Solomon had the wisdom to recognize this dynamic and the courage to admit it. If anyone is like me, we don’t usually sit around and think, “You know what? I’m going to live my life all about food.” And yet at times, functionally, I have lived that way. If it’s not food, it’s likely to be something else, but it’s the same dynamic. We seek meaning, sometimes unconsciously, through anything and everything under the sun, but if it’s under the sun, then it is bound by time and decay. It is fleeting. It is vanity. It will vanish.

Feeling depressed yet? By God’s grace, Solomon had a chapter 12 at the end of the book of Ecclesiastes. If everything time-based, everything under the sun can never satisfy us or give meaning to our lives, what can we turn to? Must we despair or medicate until time turns us to dust? Solomon tells us emphatically, no. The opening and closing verses of Chapter 12 offer us a hope and a strategy. In verse 1, Solomon says, “Remember also your Creator in the days of your youth, before the evil days come and the years draw near when you will say, “I have no delight in them.” If time-based pursuits are vanity, like chasing the wind, we must seek something outside of time, something that doesn’t decay or die. God. Seek Him now. Invest all of those other pursuits in Him, but let your meaning come from Him not the activities. Do not make an idol of work, but make work an avenue to serve God. Do not make food and drink into idols of temporary satiation, but rather give thanks to God for every morsel, every dram.

In verse 13 at the end of Chapter 12, Solomon summarizes, “The conclusion, when all has been heard, is: fear God and keep His commandments, because this applies to every person.” In this case, fear does not mean run around in stark terror but rather to give God His due respect and due thanks. Spend your efforts and investments on this Earth in the context of loving God, loving people, being obedient, and giving thanks. Only then, can we infuse the temporal, the time-based pursuits of life, with the eternal. His eternal.

I don’t know what it is about human nature that some of us so easily discard the advice of “people who have been there, done that.” Those who traveled this path before us, like Solomon, often offer us a window to hard-earned wisdom. And yet, we often have to “learn things the hard way,” ie: learning things ourselves through experience. If that’s the case, fellow travelers, go ahead, take the Solomon Test. But fail fast. Fail fast, turn to God, and live for Him.