Sword in the Stars Book Release Party #1: Dec. 4th at His Way!

Jazzed, Amped, Stoked--these are the three words that most accurately describe how I'm feeling these days. Sword in the Stars has been officially released and is starting to appear in bookstores all over the US. Reviews are beginning to come in and they're so good, I'm humbled. I'm getting hourly Facebook messages from great readers who just got Sword in the Stars in the mail and have begun reading. For an author, the time right after a book releases is like Christmas every day. I'm still just blown away that God has allowed this dream to come true. 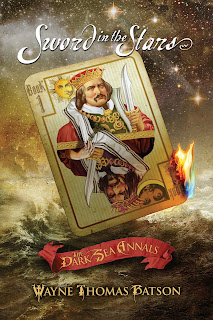 So, it's with ridiculous glee and massive thrillage that I announce the first official Sword in the Stars Release Party! In the Maryland area, come one, come all to His Way Christian Bookstore on Saturday, December 4th at High Noon! I'll be there in full medieval costume, brandishing any one of a number of swords, doing readings from Sword in the Stars, Signing Books, and celebrating with wonderful readers like you.


Sword in the Stars Book Release Party #1
His Way Christian Bookstore
Saturday, December 4th at High Noon!
And, as a special bonus, there seems to be some strange conspiracy afoot amongst my readers, something that is sure to make this Book Release Party a one of a kind event. In the words of my good pal Bilbo Baggins, "Gandalf, my old friend, this should be a night to remember."

Oh, and see below for a word from some very sneaky people.

A word from the League of Extraordinarily Sneaky People...

Sneak, the definition thereof: 1.) To go or move in a quiet, stealthy way. 2.) A person regarded as stealthy. 3.) An instance of sneaking; a quiet, stealthy movement. 4.) Carried out in a clandestine manner. 5.) Perpetrated without warning

Greetings Warriors, Shield Maidens, Elves, and all those that dwell in the Realm of Glimpses;

There are passages and doorways…and realms that lie unseen. And there are those who traverse these lands in secret to fight for the One True King. They are many and they are one. They are:
The League of Extraordinarily Sneaky People.
I am but one though I speak for the many. There is a warrior outside our ranks whom we desire to honor greatly. Many of us he has trained, many he has shown light, and into all he has burned a message of hope. His name is Sir Wayne Thomas Batson, the Loremaster.
The League has special things in store. Sneaking of the sneakiest sneakiness. Sneaking of great awesome power. Sneaking so sneaky we needed a new word to describe it—Sneakalotoricalsneakiness….No wait, that’s just ridiculous. <_<
Our scheme will come to fruition at His Way Christian Bookstore In Ellicott City on Saturday December 4th from 11AM-3PM. This happens to be the first official Sword in the Stars Book Signing as well!


Plan on attending and entering to win one of two copies of Sword in the Stars, a copy of The Door Within book on CD as well as other surprises! And dress in your sneakiest fantasy costume!
If you cannot make the journey, the League has more sneakiness to offer. Contact our leader for more information!
Join our ranks through the Book of Faces here: http://on.fb.me/eEZ1lJ Or contact our leader by email: everlastingscribe@hotmail.com
Oh, did I mention there’ll be cake?
~ The League
::sneak::
Posted by WayneThomasBatson at 10:30 AM 9 comments: