Red Lion Inn, Denver, 2006: I entered the hotel lobby and sat down in a chair to wait for the shuttle to take me to the International Christian Retail Show, downtown. I noticed another fellow waiting. He looked kind of "authorly" so I asked if he was going to the show. He was. It was Aaron Thielman of Tsaba House publishing. He and I talked books and marketing and all kinds of stuff while we waited, but when I told him of my passion to write fantasy, he said, "Oh, man, you've got to meet a friend of mine at Tsaba House. He writes fantasy too!"

Fast forward to the ICRS floor. I'd finished a signing at the TN booth and decided to explore and see if I could find Tsaba House. I did, and there was Aaron, and he introduced me to a guy named Christpher Hopper. Funny thing was, we said hello, shook hands, and talked a bit, and I kept thinking I'd met Christopher somewhere before. In fact, I felt like I'd known him for years. It was a very strange thing, a Holy Spirit thing, I think. 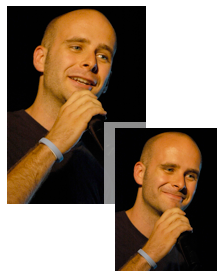 Since then, Christopher and I have become best friends. So I thought I'd share just a little of what I've gotten to know about Sir Christopher. First, he's multitalented: singer, songwriter, artist, writer, internationally known speaker, film maker, etc. He's faithful. Clearly his wife Jennifer and their two children are primary in his life. He's kind. Most people upon meeting Christopher immediately recognize the kindness that flows out of him. 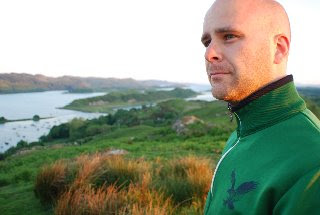 He's a visionary. God has SO impacted Christopher's life that he has sold out to pursue God in every way possible. Christopher wants to invade culture, to reclaim territory that Christians have lost, and to impact young people all over the world. He's a good listener. Heaven knows I put that to the test this past summer when I had more than a little on my mind. Once, he even answered the phone in a rather awkward place just because he knew I might need an ear. I'll let Christopher share that little detail if he wishes. lol 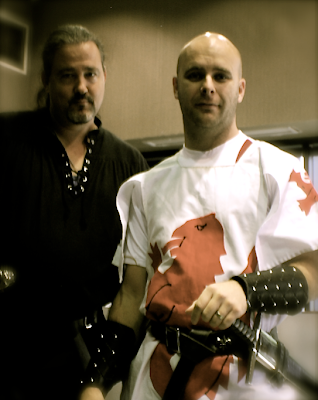 I've always admired the Inklings and the relationship between Tolkien and Lewis, and so years before I met Christopher, I began to pray that God would bring another Christian Fantasy writer into my life. Wow, did God ever answer that prayer! Christopher and I decided to get together for a writer's bootcamp weekend, half way between his stomping grounds in upstate NY and mine near Baltimore. So we met there and discovered that our writing styles were very similar. It was a great help to us both to be able to have the other to bounce ideas off of. And it was an absolute blast of fun. 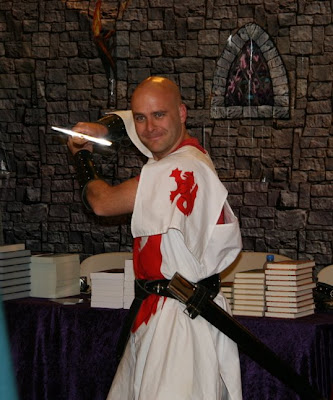 We repeated the journey last winter, and again, found the writing experience (and the Banshee pub) as amazing as before. Fast forward to the present, and what do you know, God had in mind more of an artistic partnership than we'd imagined. Christopher and I are signed with Thomas Nelson to coauthor a two book fantasy series that is sure to thrill both our fan bases. More on that series in the near future. But in the meantime, Christopher and I are about 35,000 words into the first book and loving it. We write and correspond via iChat, an excellent way to discuss content and ideas since we live so far away. 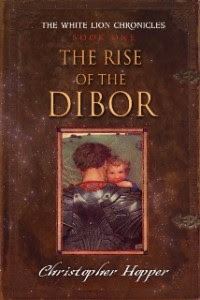 Now, about Sir Christopher's books: Rise of the Dibor

A World untouched by evil and ignorant of temptation is quietly awakened to a wicked influence in its kingdom that threatens to destroy all life. At first any signs of change are subtle, but slowly even Creation itself heralds the impending doom that awaits.

Luik son of Lair embarks on an epic saga to protect his people and attempt to keep his world from following the fate of one that has gone before it. Earth. What some thought was merely a means to an end, others believe will be the birth of a legend. Luik and a brilliant cast of characters join together in this perfect world gone wrong, as it becomes the epicenter for a war of historic proportions.

Rise of the Dibor spans into some of the most essential questions of the Christian faith, including humanity's ability, or complete failure, to resist temptation and our inevitable need for a Savior. 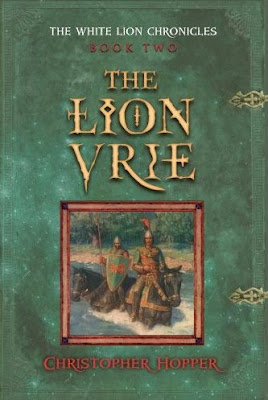 What if life as you had known it ceased to exist? If surrounded by utter destruction, how would you even begin to rebuild? And where could you turn for help?

Luik, the son of a fallen Dionian king, finds himself injured and headed for Tontha in the north of a besieged Dionia. Here he sorts through the trauma of the recent past and attempts to piece together the whereabouts of the defeated Dibor and his friends Fane, Hadrian, and Princess Anorra.

As work begins on fortifying Mt. Dakka, now under his command, Luik journeys south to the wreckage of Adriel in hopes of discovering anything that might help him find his missing friends. The journey uncovers far more than he ever anticipated, and upon returning to Mt. Dakka he discovers more shocking clues about the secret order's the Knights of The Lion Vrie.

While hope is kindled by the discovery of many of his surviving countrymen, a deep foreboding takes root as Morgui's grip on Dionia tightens. Luik's path is plagued by mysterious encounters with the taken and haunted by the effects of evil upon Creation. But even more puzzling is the sudden reappearance of many rumored to be dead including the missing Hadrian.

When strange letters begin to demand his aid, Luik embarks on perilous missions to the far corners of his country, including a daring rescue attempt in Somahguard Islands, crossing through the deserted realm of Trennesol, even risking everything in search of the fabled City of Ot.

Will Luik be reunited with the Dibor, or will he find they have met a similar fate as Dionia's kings? Is there any hope for the land of Dionia? Is the army of Morgui too vast and overpowering for the remnant of battered Dionians?

In closing, I'd like to say something about Christopher the Christian. Jesus permeates this man's life. He's one of the living proofs of God's love in this crazy world, and he is to many people. The Holy Spirit through Christopher impacts so many people...even if they can only talk for just a few minutes. Just to give you a case in point. We're at a Waffle House near Richmond, Virginia on our way north while on the first Fantasy Tour. I'm about half way through my double hashbrowns, scattered, smothered, and covered. I look up and there's Christopher in a deep conversation with one of the waitresses. They ended up praying together. Amazing. Can you say the gift of evangelism?

I hope you'll visit the other Motiv8 author sites to learn more about my Swordbrother, Sir Christopher Hopper. Oh, and go buy some of his books, will you?! ;-)
Posted by WayneThomasBatson at 5:32 PM 4 comments: