Book Taglines: When You Need To Hook Readers FAST

Heading to Orlando for the one of the largest conferences I've ever been a part of. SPEARHEAD Books makes its debut at the FPEA (The Florida Parent-Educators Association) Convention where 20-30 thousand folks are scheduled to attend. Christopher Hopper, Chris and Allan Miller, and I will be there swordfighting, reading, signing, and chatting. We'll also be selling books. 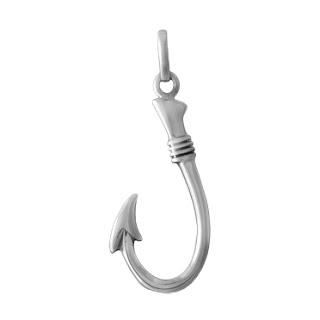 With that many people. We need to have ready an arsenal of 2-3 sentence hooks to tell people what our books are about. Not so easy summarizing a novel in 2-3 sentences. Here are my hooks so far. What do you think?

If you've read one of these books, can you write a better hook? Post it!

Here are mine so far:

These are the 2-3 Sentence HIGH interest teaser summaries for each book:

The Door Within:
A secret hidden in his Grandfather’s basement sends teenager Aidan Thomas on the adventure of a lifetime. *Dragons Included.

Rise of the Wyrm Lord:
Antoinette Lynn Reed is headstrong, bright, and ridiculously good at martial arts. But will it be enough to overcome a legendary, shapeshifting creature? *Knights Assembly Required.

The Final Storm:
Aidan, Antoinette, and Robby discover that there are some enemies that even the stone walls of Alleble cannot protect against. If anyone will survive the final storm, the cost will be great.
*Believe Only As Directed.


Isle of Swords:
Three clues: a sparkling green jewel, a rusty iron cross, and a lock of red hair lead a young man and a feared pirate’s daughter on a quest for his identity, as well as, a legendary treasure.
*For Piratical Use Only.

Isle of Fire:
What happens when bloodthirsty pirates and flame-throwing Vikings join forces? Declan Ross, his fiery daughter Anne, and her friend Griffin “Cat” Thorne will find out in this high seas adventure.
*May Explode If Read Improperly.

Curse of the Spider King:
Tommy, Kat, and a cast of five other teenagers have two things in common: 1) they all seem to be developing superhuman powers and 2) they are all being stalked by dark, trenchcoated figures with fiery eyes. One wrong move and any of the teens could be caught in the web of The Spider King.
*Drefids May Be Closer Than They Appear.


Venom and Song:
The Seven Elven teens are whisked away to Whitehall Castle where they’ll be trained as elite Vexbane soldiers. But without learning the secret of the Rainsong, they have no hope against the Spider King. *Elven Personnel Only.

Sword in the Stars:
The wise and powerful Shepherds of Myriad are hearing dangerous voices on the wind. A washed up former assassin and the legend he believes may not be enough to stop a jealous king from unleashing a world-ending war.
*Sword Where Prohibited.

The Errant King:
Ariana wants nothing more than to escape the nightmares of her past. High King Lochlan wants nothing more than to escape the dreary prospects of his future. But when ancient, legendary creatures attack from east and west, trapping Ariana and Lochlan in the middle, the past and future are in jeopardy for all. *Side Effects Include: Insomnia, Bouts of Dread, and Spontaneous Dueling.


Posted by WayneThomasBatson at 8:06 PM 21 comments: