Start the Fireworks! GHOST is here!

About the Story: Ghost fits into the genre of Supernatural Thriller, in the same vein as Jim Butcher's Dresden Files, the X-Files, Nightstalker, etc. But, it's also very much a Detective Thriller in the vein of "Lone Wolf" murder mysteries like Lee Child, Brad Thor, and Stephen Hunter.

"Fans of Lee Child and Jim Butcher will love this series!"
—The Underground

He carries a shiny badge, a billfold ID, and a mysterious silver suitcase. His mission? Seek the forgotten ones, the abandoned ones, the ones no one else can or will help. Visit blunt force trauma upon the world’s blackest souls and deny the devil his day by any means necessary. And never stop. Never.

Years later, a digital camera washes up on shore, and GHOST finds it. Each macabre photo becomes a clue that will lead GHOST and FBI Special Agent Deanna Rezvani on the trail of one of the most diabolical killers of this world…or beyond.

"No one gets away with murder. Not for long." 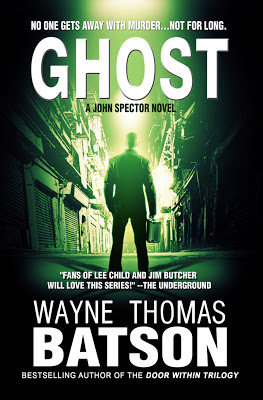 For my younger readers, please note that this is a story for older readers. At the very least, age 16+ Why? It won't be for sex and bad language––that's a promise. And it won't be for gratuitous violence either. I'd say the violence and bloodshed would be on par with my pirate books.

So why the audience designation? Two reasons: these books will deal with the criminal element, and some of the scenes / topics may disturb younger readers. Ghost is a special sort of investigator who will go after the worst of the worst criminals, the ones no one else can or will catch. These are villains who have literally been getting away with murder...or worse. Another reason for the change in reading audience is that these books will be on a whole new level of intensity. Seriously. We're talking, white-knuckle, pit of your stomach, fear. There's a point to it all as well, and hopefully a message of hope.


Don't have a Kindle, but still want GHOST? No worries, they have Kindle apps for just about any electronic device you have. The paperback version of GHOST will come out later in the summer because formatting for print is a time-consuming beast. If you've been a faithful reader and want to support my writing efforts, please consider getting one or the other (or both) as it will really help the Amazon sales numbers in both categories.  GHOST for Kindle will only be $3.99!

Thank you for being fantastic readers and for following my books from Door Within to Dark Sea and now beyond!

Be one of the first 100 people to purchase GHOST on Kindle for $3.99, email me, and I will put your name (or name of your choice) in a special GHOST Patrons section in the Print Version of GHOST, due out later this summer. The reason I say "or name of your choice," is that some of you might wish to honor someone else or use a screen name. Whatever name you wish. Your chosen name will appear in the first edition of the first GHOST book of what will, hopefully, be a long running series.

If you purchase GHOST for Kindle on July 4th, email me at: batguy21784(at)yahoo(dot)com

Put GHOST PATRON in the subject line. Seriously, I cannot thank you enough for helping this dream come true.

PS: Here's a sneak peek at the cover for GHOST, Book 2: Minister of Fire! 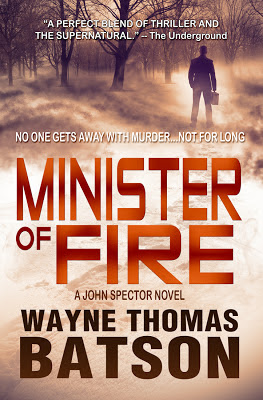 Posted by WayneThomasBatson at 11:09 AM

Big congrats, bro! I know how hard you've pushed for this, and how much you've invested. Stoked to see it on Kindle. Just awesome!

Hold on, thriller lovers everywhere! You're in for one heck of a ride.

Bought for my Kindle yesterday. You are certainly right, Mr. Christopher! It is a very big ride indeed. My first thriller and I'm still trying to figure out if I love it or not! Regardless, my thoughts dwell on it heavily. Congratulations to you, though, Sir Knight! I am sure that it will find a way into a much different crowd of readers than most of your books and that is indeed a very good thing! God bless!

I know I'm a couple years late for this conversation, but I just recently had the pleasure of reading Ghost, and I was wondering when will Minister of Fire be released?