Suspense Technique Contest: The Trail of Breadcrumbs...and the Winner is: 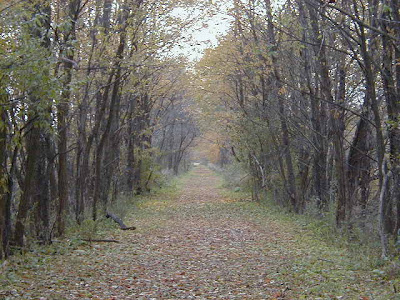 You probably thought I forgot about the Suspense Techniques Contest! Nope. I was just snowed under by a deadline. But now that I am up and breathing again, I'd like to announce the winner of the 5th Segment of the Contest: Trail of Bread Crumbs. This is when an author employs foreshadowing to hint at larger, more important events to come.

I know this was a struggle for many of the writers who frequent EtDW. But in the end, I think we ended up with some VERRRRY promising work. I could totally see some of these being published--that is, of course, if the authors can fill a manuscript with such high-caliber material.

Afters several reads, I must grant the well-earned win to...{waits for suitable drum roll and fanfare} {Beautiful wife Mary Lu hands him envelope, sealed with gold trim.} {Slowly, unbearably slowly, he tears at the seal.} {He yelps after enduring a level 5 Paper cut.} {Opens the envelope and clears throat}

And the winner is...
Everlasting Scribe

The words piped out, tangling the brightness with mischief, and seemed to scuttle along the before Mynasthoa. He frowned slightly, and left the shade where he’d been playing hide and find with the nooning brightness of Aledal’s suns. The intensity of the light rolled over him like honey filling up all of his senses and threatening to overload them. Mynasthoa took several deep breaths, blinking in the brightness, and the light finally gave up the disorientation slid away.

The rhyme he’d known in his childhood repeated itself in a breathy taunt, though it sounded as if it were coming from behind rather than in front as it had when it started. The singer had to be very near him.

Mynasthoa turned slightly as several people pressed pass him; there were two venders trotting behind their push carts of wares, headed to the scarlet awnings on the other side of the avenue to show their goods to those trapped there by the brilliance of the nooning hour, a man and two small girls that held hands tightly and ran along the near side of the street, perhaps looking for the other half of their family, and a pair of street artists running for cover their caps jingling with coins they’d earned from telling stories to the stranded shoppers.

No Aledalian child would be familiar with the chant, he ran a hand through his hair smearing his fingertips with grit and sweat, before giving his locks a gentle tug as if that would release the answer from where it was hiding in his mind. It wasn’t something that a merchant would sing; it was too provoking and rude to be found in a salesman’s mouth. No Talebearer would start off their roll of stories with something so archaic, stories of heroes and daring escapes and kings and princesses running afoul of luck and then having everything turn out well, were what people wanted to hear.


Mynasthoa scowled and turned on his heel moving back under the protective awning but as he did so, his long coat brushed up against his back and then whispered out again as someone insinuated an arm between his ribs and inside coat pocket

“Stars take it” he swore and spun with the motion of the intruder, catching a wrist and yanking the thief hard against himself. Dust scuffled up from the cracked stone road, and he felt the gazes of the clustered citizens snap to him as his prisoner writhed and twisted.

“Ah, there will be no biting, for I will bite you back and you’ll go home with half a hand” he warned as the pick pocket lowed their head and he felt teeth set against his knuckles. There was a hoarse word and he laughed. “Manners now, manners. And I caught you out, so by law you owe me seven times what you took” There was a hard inhale from the small frame and then Mynasthoa’s leather courier roll dropped onto the ground. So that’s what they’d been after. Odd.

“Now that’s a start, much better one than trying to rob this old man” Mynasthoa smiled grimly “Tell you what, I’ll take what is mine and you keep what is yours and we’ll be friends. What do you say to that?”

“I’d say that you never were one for knowing what was yours and what wasn’t” the thief murmured. Mynasthoa’s eyes widened and the tension in his arms slacked on the other frame, just enough. The thief broke his hold and spun away from him, dipping down between his feet a moment to snatch the dropped papers and then she straightened, black hair fierce in the brightness and eyes that were too blue to be purple and too purple to blue looked straight into his own. She slipped the paper down inside her jerkin and straightened her arm. A cylinder twanged into her hand and she squeezed it, out shot two lengths of pole and she stepped to the side, twirling the staff through her long fingers. “I wonder though, dear Rulebook, if in our time apart perhaps finally you’ve learned how to dance.” He backed away, giving ground and fumbled for his own calibone as her collapsible one struck at his boot tips.

Wayne's Take:
Scribe, this is your second win. I'm wondering if you've got a future bestseller squirreled away here. Seriously, the foreshadowing you employ is top shelf. The old poem about bones and death serves to add historical authenticity, but you absolutely must have something planned for that later on. The dialogue also drops hints, I think. The supposed thief and the Mynasthoa have a history, and we readers are dying to know what it is. Brilliant stuff. Email me and let me know what book and for whom you'd like it signed.

Honorable Mentions to: Josh (okay, what lurks below deck?) Patrick (not really the overwhelming suspense--trail of breadcrumbs, per se, but just too good a story not to mention.) Eve (Love the potion concoction and the tension).

There's still time to enter suspense technique #6 and especially #7. I'm not quite sure "The What If Twist" technique came clear. Hmmm....

-WtB
Posted by WayneThomasBatson at 8:42 PM

*YAY* I can hardly believe it! I think I'm still half in shock. This idea and collection of characters has stretched me as a writer and I'm excited about them, but part of me keeps going "It can't be as good as I think it is."

Scribe I hope your vision heals, You are an awesome writer, Your entry and all your past ones have been masterfully crafted. HUZAH! to someone who has a bright future for themselves!

*hugs pais back* Thanks!

Aww Justin, I needed to hear that today! Thanks! And I'm just one of many here( you among them) that have a bright future ahead with pen (or keyboard) and paper!

I'm thinking of using another bit with Mynasthoa & Company for the #5 challenge and if I really push I might be able to get it done in time, we'll see how the eye thing goes tomorrow.

How do you enter the Treasure Hunt extravaganza?? My daughter has all of Brian Davis' books and has 400 pts.

I'm going to try my hand at #6, but if Scribe puts up another one of that caliber I won't even get close. Great job. That part about the "ole bones" seemed ingenious to my amateur eyes.

Oh Pais, I don't accept that from you at all! You blew me away with your previous entries.

christian_fantasy_addict you'll do fantastic! That 'old bones' thing's been rattling around in my head for ages and I finally decided to risk it and put it into something, afraid it'd come off as cheesy.

Basically, everyone needs to do something for 6 and 7 because I can't wait to read all the awesome ideas. And after all, it is all about me, not about what you want.

Well, done Scribe! You have me thoroughly intrigued. My stories are horrible compared to yours. Keep up the good work!