Should Christians be motivated to act, do, and serve…by rewards?

So should Christians be motivated to act, do, and serve based on the promise of rewards?

In a word: yes. In fact, as I’ll address later, most of us are already doing tons and tons of stuff to get rewarded. The problem is, we can find ourselves going way above the call of duty to earn INFERIOR rewards. 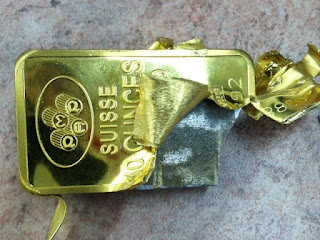 First to establish the point that it’s not just okay for Christians to be motivated by reward, but that reward is actually integral to faith. What does the Bible say about rewards? A ton. Consider:

Hebrews 11:6 “And without faith it is impossible to please God, because anyone who comes to him must believe that he exists and that he rewards those who earnestly seek him.”

Matthew 6:2 “So when you give to the needy, do not announce it with trumpets, as the hypocrites do in the synagogues and on the streets, to be honored by others. Truly I tell you, they have received their reward in full.”

Galatians 6:9 “Let us not become weary in doing good, for at the proper time we will reap a harvest if we do not give up.”

Colossians 3:23-24 “Whatever you do, work at it with all your heart, as working for the Lord, not for human masters, since you know that you will receive an inheritance from the Lord as a reward. It is the Lord Christ you are serving.”

Psalm 37:4 (the verse that provoked this post): "Take delight in the Lord, and He will give you the desires of your heart.”

This is just a sampling of the great many verses in the Bible that discuss reward openly or infer reward quite clearly. Hebrews 11 is especially revealing because here we see that reward is a key tenet of faith. Anyone who comes to him (God) must believe that he exists and that he rewards those who earnestly seek him. Hebrews is also the book that contains the “hall of faith” verses…showing example after example after example of saints who ventured forward, set out, worked hard, fought hard, traveled far—because God told them to, but also because God promised a reward. We learn from these pillars of faith that most of them didn’t receive their reward right away. Many didn’t receive the reward in their lifetime.

And so it is with our rewards today. We receive some rewards right away. Other rewards, we won’t see for years. Some we won’t notice until we look back and realize: wow, did God bless me silly right there! And some rewards well, we won’t see them this side of Heaven.

Keep in mind that a reward is often very different than an earned wage. There’s no quid-pro-quo. We don’t play games with God. We don’t coyly say to God, “I did all these things, now where’s my reward?” God is sovereign and, among other things, that means that He knows more than we do. He knows what reward we can handle and when we can handle it. He knows when rewards will bless us most. He also knows when His children are too busy with worldly rewards to have even the slightest wish for a reward from our Heavenly Father.

And that brings us to a stark and convicting reality: many of us (especially American Christians) are absolutely addicted to worldly rewards. C.S. Lewis puts it this way:

“If there lurks in most modern minds the notion that to desire our own good and earnestly to hope for the enjoyment of it is a bad thing, I submit that this notion has crept in from Kant and the Stoics and is no part of the Christian faith.

“Indeed, if we consider the unblushing promises of reward and the staggering nature of the rewards promised to us in the Gospels, it would seem that our Lord finds our desires not too strong, but too weak.

“We are half-hearted creatures, fooling about with drink and sex and ambition when infinite joy is offered us, like an ignorant child who wants to go on making mud pies in the slum because he cannot imagine what is meant by the offer of a holiday at the sea.

“We are far too easily pleased.”

Does that sound familiar? It’s American marketing 101. The world sells us 10,000 flavors of mud pies, and we gobble them and beg for more. Look at the Matthew 6 passage above. The Pharisees fell for the mud pies, didn’t they? We’re told that their motivation was to receive praise from men…and they got that reward. But that reward was inferior. Far better would it be to head for the prayer closet and pray alone where only God can hear you and reward you. God’s reward is ALWAYS better.

Let me say that again: GOD’S REWARD IS ALWAYS BETTER.

Learn this early in life and just watch how often certain “troubles” just fly right over your head. So much of what we worry about are “worldly rewards.” We’re like spoiled little kids crying “gimmie, gimmie,” and then whining when it’s a little less than we thought it would be.

How do we distinguish God’s superior rewards from the world’s inferior rewards? Well, I haven’t got it all figured out. But it seems to me that there are some pretty logical measures.

First, we need to remember that God created human beings with certain needs: we need food and water, shelter, companionship, love, meaning, hope, freedom, rest, and (apologies to C.S. Lewis) sex. These are all God-given GOOD things. When God throws these things at us, they are MARVELOUS rewards.

God has already told us in His word how we should look toward each and every one of these rewards. When we go God’s way, we are reaping God’s rewards for us. Take meaning for example. God tells us that we have meaning because we are made in His image, we are His saints, His chosen people, His beloved, and even His friends. When we realize this, it is a priceless reward. But when we go determining our identity by the feedback of our peers, we’re on dangerous and dubious ground. .

Whenever we seek after a legitimate need but pursue it in an illegitimate way, we have gone off the reservation. If we try to find meaning or peace in food or drink, we fail. It just won’t fulfill. When we try sex outside of marriage or any other sexual gratification outside of marriage, we fail. We will get, at best, a temporary, hollow copy of what God intended.

God has an infinite supply of rewards for His kids. This should motivate us to do things God’s way.

Posted by WayneThomasBatson at 5:33 PM